The looming move of Air Botswana to Tourism ministry is seen as positioning the P2bn aircraft tender for the Khamas in efforts to consolidate their control on tourism, arms deals and now aviation tenders.

Around October 4th, after the 50th Independence celebrations, engineers at Air Botswana will put before their board recommendations on what aircraft to purchase and from whom the massive P2.3 billion acquisition should be made.
This development follows the recent controversial secret trip the engineering team and their bosses made to Brazil to meet with airline manufacturer Embraer.
It emerged from Air Botswana Acting CEO  Agnes Khunwana last week when she was before the Parlimentary Committee on Statutory Bodies and Public Enterprises, that Minister Tshenolo went to Brazil in the company of his Permanent Secretary, Neil Fitt, and Air Botswana aircraft engineer Karabo Chibane to visit three aircraft suppliers. Khunwana told parliament that she did not support this trip in a move viewed by interested critics as “Throwing Minister Mabeo under the bus”
While these major revelations were unfolding, sources at government enclave alleged that President Ian Khama was planning to move the embattled Air Botswana to his brother, Tshekedi Khama’s Ministry of Wildlife, Environment and Tourism. Insiders confirm that the relocation plan has been a subject of a number of board room discussions even though no official submissions have been issued to the effect.
Tshekedi did not respond to enquiries sent to him, while Khunwana said she was not aware of the reports.
The Botswana Gazette gathers that the plan to ‘capture’ Air Botswana is the result of the airline’s Billion Pula five-year turnaround strategy to procure seven commercial aircraft and dispose off the aged fleet that has bled it millions of pula.
Khunwane told parliament that her organization had proposed to buy seven new aircraft and that it would cost P2.3 billion.
Insiders explained that despite Embrarer being shortlisted as one of the preferred aircraft suppliers- the Canadians, Bombadier, the sole suppliers of OK1 presidential jets may clinch the deal as a result of good relations with the Khamas.
The Business Weekly however reported a few months ago that experts flew into the country to present the Brazillian Super Tucano fighter jet deal to Khama and the military top brass, they argue that the “preferences could go either way depending on whether Khama makes the call or he allows the airline company to decide for itself.”
In parliament the CEO, Khunwane, lamented that the organization had already identified its own consulting middle-men, ICF Management and they disproved of Mabeo’s unprecedented trip to meet with the Brazillians to dicuss airplanes.  ICF Management is a Korean global aircraft procurement consulting firm.
Research has shown that both aircrafts do not come at a light cost, as a single unit of Embraer E-Jets will cost government $28 million (P280 million) while Bombardier CRJ series is pegged at $24 million (P240 million) a unit.
The entire cost of the planned purchase of the seven aircrafts will require P2 billion from the parastatal which is already in financial distress, having made net losses of about P90 million from P165 million in 2015.
Claims are that the plans to move Air Botswana to Tshekedi are part of a grand strategy by the Khamas to firm their grip on both the tourism sector and aviation procurement deals.
Of tourism and flying machines
It is averred that during negotiations that were approved by Mabeo, Khama argued that tourism was one of the major contributor of revenue to the airline’s commercial business, with about 3 million tourists visiting Botswana every year.
“His argument was that tourists are the major customers and therefore the ministry should fall under his ambit so that it could be regulated through tourism policies and strategic frameworks,” a source relayed.
Nevertheless, sources allege that the move will place the P2 billion procurement deal under Tshekedi’s control. Through Seleka Springs the Khama twins have been monopolizing the purchase of arms and aviation apparatus for decades, a scandal which has been a subject of parliamentary enquiries.
It is argued by some sources that when President Khama appointed Tshekedi to head the tourism sector, it was to consolidate the family’s interests in tourism. Khama has a stake in the largest tourism company, Wilderness Safari, which operates in the Okavango Delta and Linyanti Investments and Baobad Safaris which operate in the Central Kalahari Game Reserve. These tourism interests are held together through an intricate web of the ruling elites who include Lawyer and BDP electoral board Chair Parks Tafa who also chairs Wilderness Safaris and is regarded as Khama’s right-hand.
The newly appointed Air Botswana Board Chair, former Botswana Defense Force Commander, Tebogo Carter Masire holds interests in Sediba Properties which is in partnership with Wilderness Safaris through a Maun-based company called Safari Adventure.
The Khama twins themselves have always been the preferred middle men between the Botswana Defense Force and arms and aviation dealers. 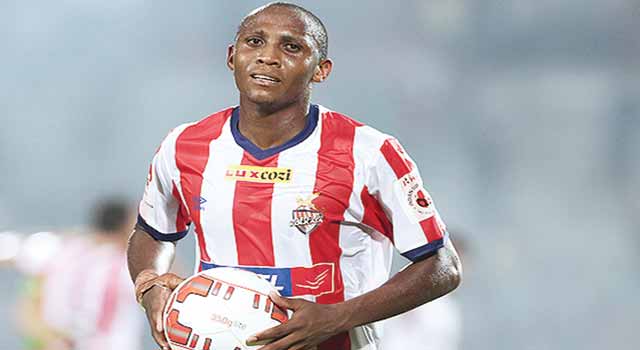