Reports of both players leaving Gaborone United have always remained rife and interestingly they were initially reported to be on the brink of crossing the Gaborone divide and joining arch rivals Township Rollers but the reports never lived up to reality.

The former under-23 players were always at odds with GU’s management team. Last season both players were suspended following reports of indiscipline which hampered their relations with club officials. Since  then the two started to struggle to carve their names into Rahman Gumbo’s first team plans.

Chiefs have stepped up their efforts to sign them on free transfers. Both players are yet to join Centre Chiefs for pre-season training but if reports are to go by, the moves are close to conclusion for Chiefs as they are set to offload quite a few names from their squad to make way for new arrivals.

The club has acted against renewing the services of midfielder Ocean Mpofu meaning Mothatego could be the possible target for the void left by the Zambian who has since returned back to his home country. In an interview with Gazette Sport Chiefs’ Public Relations Officer Clifford Mogomotsi played down the reports of the two joining Magosi.

“There is nothing official, it is so unfortunate that our team is linked with every player on the market but we are yet to sign any player, once the coach has compiled a report of his recommendations then we will start to approach the recommended targets but as of now the supporters can await the official statement from the club on the incoming players of which we promise will be issued in due time.

Soccer pundits have questioned the likelihood of both players (especially Sembowa) seeing enough game time at Magosi given Chiefs’ interest in Patrick Kaunda and the resurgence of Kekaetswe Moloi who turned the corner mid season by hitting the back of the net on multiple occasions as Chiefs continued their impressive league run.

Another deciding factor could hugely rely on want away striker Onalethata Tshekiso’s negotiations with the club management. As it stands, Sembowa remains the favorite to pen a deal with the Kgatleng giants given his status in the market.

Sembowa and Sithole have worked together back in 2012 when Township Rollers lifted the first installment of the Mascom Top 8 tournament; hence this could be an instigator for Sithole to recommend the club officials a striker of Sembowa’s credentials. 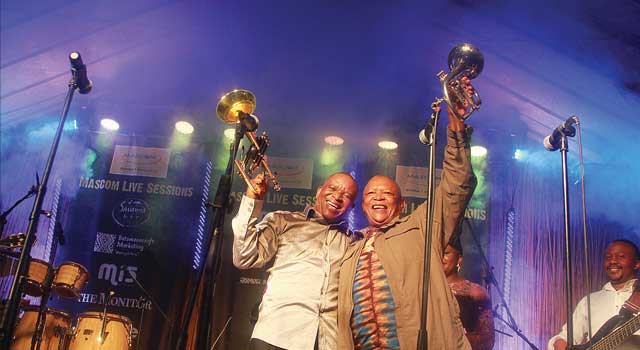