The listing of a company’s common shares on a different exchange than its home exchange is a known practice.  This practice is called cross-listing and it is permitted when a company meets the same requirements as any other company listed in the exchange. The Botswana stock exchange, (BSE) applies the same treatment and demands that companies that wish to list must meet the same conditions as those imposed in their home country markets. The conditions include among others accounting policies, filing requirements for financial reports and company revenues.
Jonathan Waters, a financial reporting expert, jabbed at the BSE to take an aggressive lead in prompting South African companies to cross-list during the launch of a CASE handbook in July, which he presented as its compiler. The book provides investors information on companies listed on exchanges in the four countries namely Botswana, Zimbabwe, Zambia and Malawi.
In an interview with Gazette Business, Waters prods BSE to make it a matter of obligation that South African companies operating in Botswana list a portion of their shares in the exchange. His suspicion is that these companies think that it is too hard and possibly expensive given that BSE may attempt to charge them based on a percentage of their total company value rather than just on the amount of shares that are listed. He suggested that BSE should seriously consider making it easier for these companies to list through simplifying its rules and conditions. He proposed as an example that instead of BSE having the expectation that these companies file a new annual report, they can lessen the condition because the companies would have already been audited as per their home exchange rules. Waters believes cross-listing will enable employees of those companies to also have a stake in them and similarly develop Botswana’s financial market.
“You can become simpler to a certain extent,” responded Deputy Chief Executive Officer Thapelo Tsheole. Tsheole said the value of information must be recognized and as such, Waters’ argument is based only on the function of the stock exchange from a position of money and disregards investors’ need for information, which is a very important factor in investment decisions. He added that BSE is one of the cheapest exchanges to list on both on initial and continuing fees and that the exchange continuously assesses its fee structure which was last reviewed in 2012.
Tsheole holds the view that the decision to lessen conditions as way of motivating companies to cross list is consequential. “The most important thing is for companies to avoid information dissymmetry where they give different information to different investors across countries because it is unfair to investors” he said.
Tsheole acknowledged the challenges of cross-listing but said that the fact that foreign companies have been able to list on BSE proves that they are comfortable with the challenges of complying with listing requirements of different stock exchanges, some of which include the varying requirements timelines and the different forms of regulations that are used.
Waters made a case against South African companies but the reality is that those are not the only foreign companies operating in Botswana and as such the argument on cross-listing should be inclusive of all foreign companies with operations in Botswana. 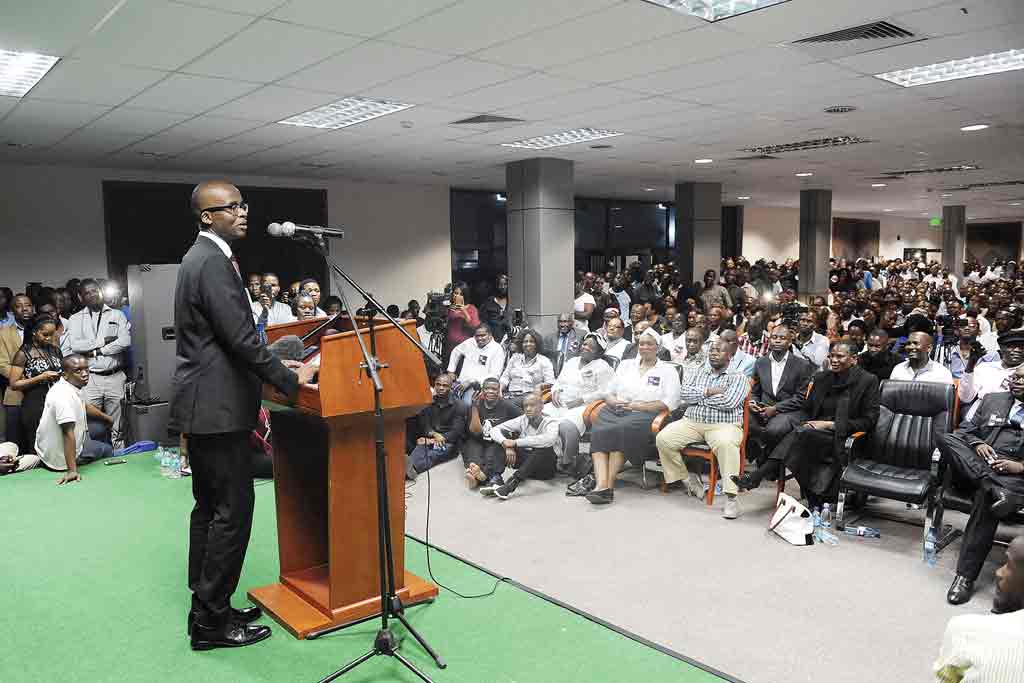