Versatility is widely regarded as the key to success and longevity in football. Many have described Gaborone United midfielder Tebogo Sosome as a perfect utility player whose talent is limitless.

Sosome joined GU on a free transfer from Police XI in the 2012/13 season after his club had been deregistered. The 26 –year- old has been deployed in various positions since joining the Gaborone based club, having occupied central midfield, central defence as well as the right-back role to display his versatility.

His form attracted national team selection and he made his long awaited debut against Burkina Faso during the Independence Day Celebration match. The midfielder could have made his national team debut earlier during the CHAN Qualifiers but he was unavailable due to personal reasons.

In an interview with Gazette Sport, Sosome stated that his passion for football started at the tender age of   nine. “I have been playing football since standard three and I have not stopped since. I have represented Botswana at under 15 and under 20 level. I was signed by Maphatshwa FC when I was at form two level, then in 2006 I signed for Police XI. I spent six years there before joining GU last year,” said the versatile player.

The player’s ability to play different positions has helped his side to cope with injury problems in key areas. However, GU’s secretary general, Herbert Letsebe said while Sosome is talented player, he is one of the most underrated players in Botswana. “He is a well disciplined player and has all the attributes of an exemplary professional. He never misses training and always follows the coach’s instructions. The most admirable quality he possesses is that he is humble and never gets carried away when receiving praise,” said Letsebe.

Zebras coach Stanley Tshosane echoed Letsebe’s words by saying, “Tebogo is one of the few players who have a rare skill of being a quality utility player. He gives you many options; when we gave him a call up for the game against Burkina Faso there were three positions lined up for him in case others did not show up. Sosome is also a hard worker, his kind is needed in modern football; any coach would love to have such a player,” said Tshosane, further stating that he had always rated the player highly while still at Police IX and would invite him for national team training camps in the past.

Sosome revealed that despite playing in various positions, his favourite is in central defence but he acknowledged that he is always willing to play wherever his coaches place him.

His aim is to help his side win a league and cup double this season. “My aim is to earn a league winner’s medal this season being a regular national team player would be a bonus while a move abroad is always an exciting prospect,” he concluded.

Motor show off to an impressive start 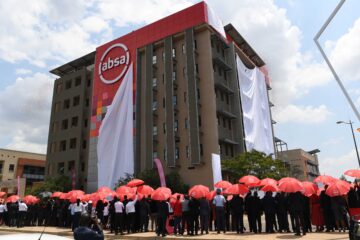