Botswana Democratic Party is faced with the big challenge of uniting its members in the Sefhare/ Ramokgonami constituency as members from ousted, incumbent Oreeditse Molebatsi’ s camp have vowed to participate less in party activities or not vote completely in 2014 if an election re-run is not held.

Molebatsi’s team is demanding a re-run after their preferred candidate was beaten by Trade and Industry Minister Dorcas Makgatho-Malesu in the recent party primaries that were marred by allegations of irregularities.
Former Political officer in the region and also the campaign manager of the area MP, Tshepo Keoagile said the wards are mobilising and demanding a re-run. “We will only rest when there is evidence that the winner won fairly and the loser lost fairly. We never supported Malesu and we do not see ourselves supporting her at any time. At the moment we are still BDP members and we still have hope that the party will hear us out,” he said.
Keoagile said there are a lot of things contributing to the way they feel about the just ended primaries. “Since last year the party structures in the constituency have been writing to the Regional office complaining about the way Malesu was disobeying the primaries rules and regulations. Not even a single response from the party has been received.”

“We have been observing these things and now it’s our time to act since the party failed us. The elections have been rigged and this was purposely done and nobody acted because of favouritism to some people.  What we are asking for is a re-run. We only want fairness. Only a re-run will verify the outcome then that is when we can support the winner. For now we will not support the current winner and we never supported her before,” he said.
Tswapong South constituency, now called Sefhare-Ramokgonami, encapsulates in miniature the enormity of the problem faced by the party.  These recent protests are joined by the voice of Christian Nthuba who was supposed to challenge Botsalo Ntuane for Gaborone Bonnington South next weekend and last Friday suspended for 60 days by the party President, Ian Khama.

Nthuba confirmed that he appealed his suspension. “I am pinning all my hopes on the President to consider my letter because what I have written on the letter is nothing but the whole truth. I wish that Khama listens to me because I feel that what I have been suspended for is not the truth,” he said.

An insider at Tsholetsa House revealed that Nthuba was suspended after he raised the alarm over allegations that there was voter fraud leading up to the Dibete South Primaries whereby names registered in his constituency were transferred to another voters roll.

The recently held BDP primary elections have deepened divisions in the party, something that is likely to harm its electoral performance in 2014, according to pundits. The party has received an avalanche of protests after its first leg of primaries North of Dibete with accusations and counter accusations of ballot fraud, favouritism and dubious dealings. Some in the party blame the new central committee and Khama’s blue-eyed boy, Parks Tafa, for failure to run the interparty electoral process.

Khama was originally brought into to politics to reunite an internally divided and lethargic BDP through the help of South African based political consultant Lawrence Schlemer whose report titled Present Realities and Strategies for the Future warned that the ‘BDP’s track record had run out of tracks’ and called for the party to ‘reinvent’ itself.  His current track record speaks volumes of his failings to live up to the party’s expectations and happens after only one term in office.

It remains to be seen whether the BDP’s internal bickering will benefit the opposition in 2014. The opposition parties have their own challenges including splits followed by unity talks, followed by new party formations. This fragmentation has resulted in the loss of a considerable number of seats to the ruling party. 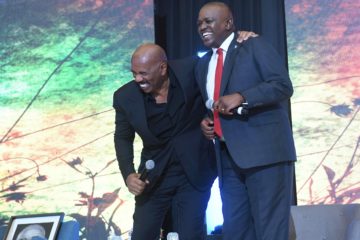