MP Dithapelo Keorapetse has blasted SPEDU management over the P1.4 million it spent on rebranding while BCL is sinking in a financial blackhole which threatens to turn Selibe Phikwe into a ghost town. Over 6000 people are unemployed as of last week.

In the mother of all ironies, the Selibe Phikwe Economic Diversification Unit (SPEDU) launched its rehabilitated image, following a P1.4 million branding exercise just two weeks ahead of BCL’s provisional liquidation, The Botswana Gazette can reveal.
This week, Selibe Phikwe West MP, Dithapelo Keorapetse questioned the ‘misplaced’ spending by SPEDU, which he said will not benefit the region which has been hard hit by the closure of the mine. He said this following a question he put to Investment Trade and Industry minister, Vincent Seretse, about how much money was spent on the rebranding. The revelation that P1.4 million was spent will fly in the face of concerns about the economic future of Phikwe and the welfare of its residents.
“Key to building their brand is to meaningfully facilitate job creation in Selibe Phikwe, which is currently on its knees,” Keorapetse said in a separate interview post the parliament session.
The legislator believes SPEDU should lead Phikwe as a special economic zone and make sure that companies open up in the town, creating jobs that could resurrect its limping economy.
“Rebranding was an unnecessary luxury and or wastage. SPEDU must be telling Selibe Phikwe residents on the number of jobs they have helped to create,” he said, in dissatisfaction.
Since its establishment in 2006 following consultation by CSA, Keorapetse argues that SPEDU has nothing to show of economic significance. While it was set up to secure the long-term survival of Selebi Phikwe and the surrounding regions beyond BCL, he says that goal was not achieved.
Independent Economist, and former Deputy Governor at Bank of Botswana (BoB) Dr. Keith Jefferies said in his third quarter (q3) economic bulletin that the closure of BCL would leave the town in shambles, since it was  dependent on the mine following failure to diversify.
He said BCL/Tati were the largest single employer outside of government in north-east Botswana.
“Its closure will have a major impact on the households affected, both directly and indirectly. BCL/Tati employs just over 5,000 workers directly, and injects P68 million a month into the local and regional economy through wages. Therefore, in addition, some workers were employed as a result of spending by BCL employees,” he said
He said Selebi-Phikwe and the SPEDU region had a total of 35,000 households at the time of the 2011 population and housing census, with a total population of 121,000. Selebi-Phikwe has 16,000 households and a population of 49,000. Hence, the economic pundit said BCL directly supported a substantial proportion of the households in Selebi-Phikwe and the SPEDU region through employment, which he said was perhaps 15 percent of the total.
“Although there are no accurate figures, our estimate is that BCL is directly responsible for around 20 percent to 25 percent of spending by households in the region (although not all of this is spent locally),” Dr Jefferies said.
SPEDU CEO Dr Mokubung Mokubung however says they came up with “a new face” to inspire new energy and opportunities and to keep the agency up-to-date with the changing economy. 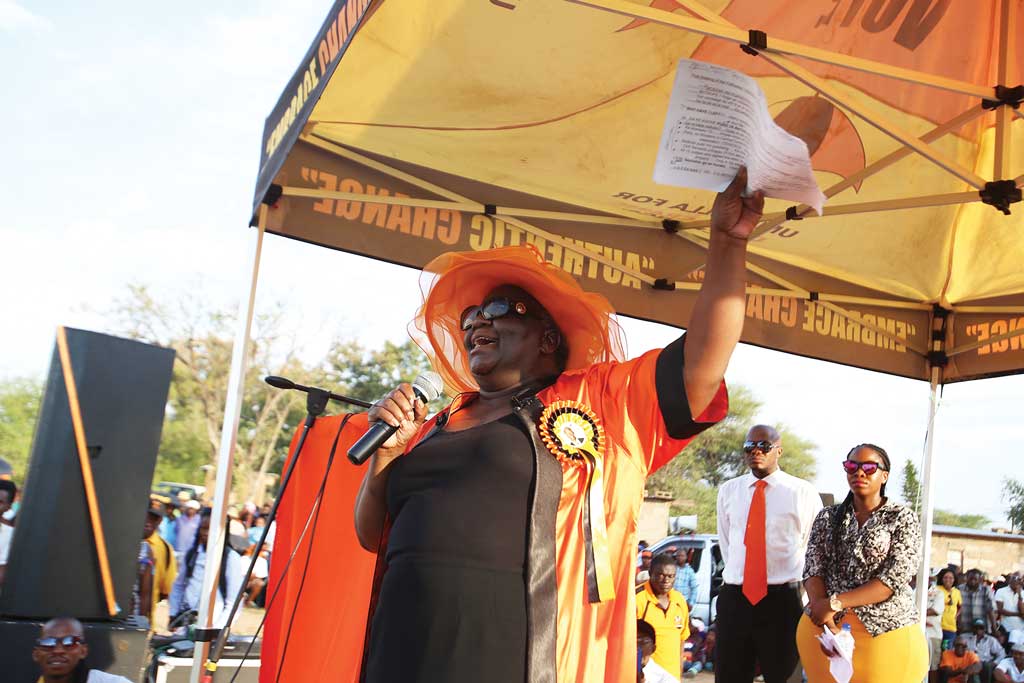