2013 has been a year of sporting excellence in Botswana. Numerous individuals have set records, received numerous accolades and produced moments of brilliance throughout the year. Gazette Sport has taken a closer look at sport personalities who have made the biggest contribution to Botswana’s proudest moments in sport this year.
Mogakolodi ‘Tsotso’ Ngele
The Platinum Stars’ star player became the highest scoring Botswana player in a debut Premier Soccer League (PSL) season. He netted 10 goals in the 2012/2013 season; breaking  the previous record set by Dipsy Selolwane who scored seven goals during his debut season in the 2005/2006 season.
This season Ngele helped his side win two major trophies. His three goals in the MTN 8 helped his side win the tournament, three months later he produced probably the best individual performance of a Motswana player by scoring two goals against Orlando Pirates in the Telkom Knockout final.
Winning both trophies has resulted in a massive cash injection for the playing staff as they have reportedly received R193 000 each.

Mogogi Gabonamong
The Supersport United midfielder started the year as a forgotten figure in the club’s starting line up but he worked his way into Gavin Hunt’s plans in the first few weeks of the year. He previously made only two appearances in the first half of the 2012/13 season. Though rumours had circulated that he was looking for a new club,  Gabonamong  rejected Amazulu’s attempts to sign him and opted to fight for his place.
He started 2013 as a key member of the club in the Nedbank Cup and his cup form earned him a place in the first team for league fixtures. Mogogi became a permanent inclusion in Hunt’s side as he made approximately 16 consecutive first team appearances. He was temporarily handed the club captaincy during Thabo September’s injury spell.
He captained the club during their Nedbank Cup final against Kaizer Chiefs and  by doing so,  he became the first Motswana player to captain a side in a major cup final in South African football.  His form earned him a one-year contract extension.

Tebogo Lebotse
The Botswana Netball Association (BONA) president has been at the helm since 2007 and has overseen the netball side’s most successful period. They qualified for the 2007 and the 2011 editions of the Netball World Cup.
This year she was instrumental in helping Botswana win the rights to host the 2017 World Youth Championships. She told this publication that she has been working on winning the bid since 2009. Hosting the youth tournament will be a milestone for the country as it will be the first time to host such a global tournament.
“I’ve had ambitions of hosting this event since 2009 and it will be the proudest moment of my reign as the BONA president,” said Lebotse. She also regained her place as the president of the netball association in March this year for the third time in her six-year tenure. Another crowning moment for her was being elected into the International Federation of Netball Associations (IFNA) board, becoming the youngest member in the highly regarded group.

Amantle Montsho
The former 400m women’s world champion clinched the IAAF Diamond League title for a third successive year. Montsho has achieved a feat that is rivalled by no other athlete in the world; she is the competition’s most successful participant since its inception four years ago.
She has won more than 15 individual races in the Diamond, more than any other athlete in the world has so far. Her impressive year has helped her retain her place as the number one athlete in the women’s 400m races and is still at the top of the All-Athletics.com monthly rankings.

Nijel Amos
Botswana’s first ever Olympic medallist did not take part in any major races this year but his impressive awards haul at the Botswana National Sports Council (BNSC) Awards made him stand out during the event.
He won the Junior Male Athlete of the Year, Sportsperson of the Year as well as the Chairman’s Award. The hat trick of accolades solidified Amos’s place among the country’s best athletes.

Karabo Molefha
The Kutlwano player won two accolades at the 2013 Mascom Volleyball League Awards. She won the Best Female Receiver and the Most Valuable Female Player awards. In addition to her accolades, she has been an integral part of Kutlwano’s league and cup victories. In total, she has won two individual awards and two collective team trophies. Molefha has been one of the best players in the volleyball league this year and her awards bear testimony.

Legislation on greenhouse emission on cards 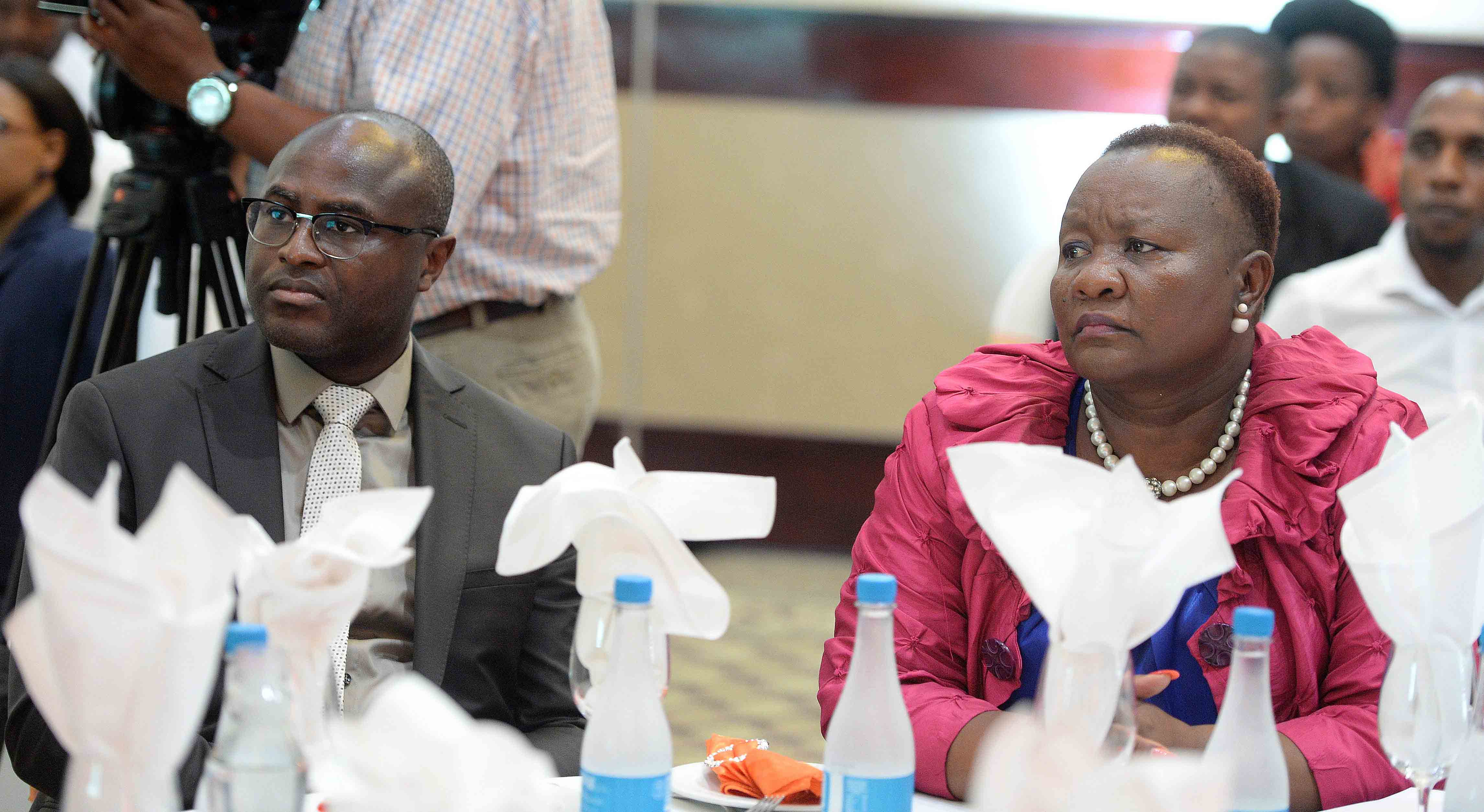