The advent of elections has brought with it a sense of fear and apprehension among many in Botswana. While Botswana has no experienced the sort of incidents that often beset other countries’ during elections, there has been concern over a number of incidents in the run up to the general elections.

Recent media reports of house break-ins, theft and assault of political activists and media personnel are but a few such incidents.
Following the arrest of Sunday Standard Editor Outsa Mokone and the flight of journalist Edgar Tsimane to South Africa, news emerged that a member of council candidate Tumelo Segokgo’s campaign team was found half naked and dead, with visible stab wounds on her neck, outside her yard  at Tlokweng.

In another incident that happened last week Friday at Old Naledi, Botswana Congress Party (BCP) council candidate Oarabile Motlaleng was also brutally attacked by unknown assailants, who abducted him, tortured him and dumped him in a nearby trench.

A month ago UDC Mogoditshane parliamentary candidate Sedirwa Kgoroba was attacked at his home. Thieves also broke into the house of UDC activist Joyce Disoso Pheto and stole some property. At the same time, several attempts were made to break into the house of UDC President Duma Boko. In Francistown, Wynter Mmolotsi’s house was broken into and his cell phone and laptops stolen. On several occasions, thieves broke into the late Gomolemo Motswaledi’s house, stealing cell phones and laptops. Motswaledi was later killed in a freak car accident amid allegations that he was murdered.
All these incidents have raised red flags on the state of security in Botswana in the lead up to the elections.

Asked to comment on the issue, Mmolotsi said as members of the opposition they have always been concerned about their security.
“We saw it coming. People didn’t believe us when we said opposition party activists were targets, but now the proof is there for all to see. This must be blamed on the national leadership, which has clearly veered off the road,” he said. He added that as opposition leaders they are not shocked or intimidated by threats to their security because they long saw it coming.

“We have seen it happen and read about it in other African countries. We know what any dictatorship is capable of. History has taught us well and we know how to best to deal with this situation,” he said.

The same sentiments were shared by BCP Publicity Secretary Taolo Lucas, who expressed worry that Botswana’s democracy was about to collapse if the situation gets any worse and called for sanity to prevail.
“Recent incidents point to a pattern of undesirable conduct on the part of state agents and this is disturbing. It’s clear that those who stand in opposition of the ruling party have been targeted for intimidation and harassment,” said Lucas.

However, the opposition leader’s sentiments were dismissed by Botswana Democratic Party (BDP) Secretary General Mpho Balopi as unfounded claims and allegations from desperate individuals.
“They are desperate because they know they will not win elections, now they want to level unfounded allegations against the BDP. The values of peace, tranquility, freedom and unity are enshrined in the BDP constitution and all our presidents have proven that without doubt,” said Balopi.

He called on opposition leaders to stop making unfounded allegations against the President, saying they must know that their rights stop where other people’s rights begin.
“This noise and unruly behavior is unjustified. People must stop unnecessarily spreading fear, hate and uncertainty in our country. We are worried by the seed that is being planted because we want this country to remain a beacon of democracy and peace,” said Balopi.

Reached for comment, University of Botswana lecturer in the Department of Politics and Administration Studies Dr Kaelo Molefhe said the political environment has taken a different dimension as some of the incidents that are happening are new.
“It’s not surprising that the public views such events with skepticism and have lost trust in the government. We never used to hear of such incidents,” he said.
Botswana Police spokesperson Assistant Commissioner Christopher Mbulawa said his office was ready for the elections and will continue to interact with all stakeholders to ensure that peace prevails during elections.

A Gallup study on security in Africa done in 2012 and released in May last year ranked Botswana 4th in the world where residents felt it was unsafe for them to walk at night. The survey showed Batswana felt less safe than residents of Afghanistan and Haiti among other countries. 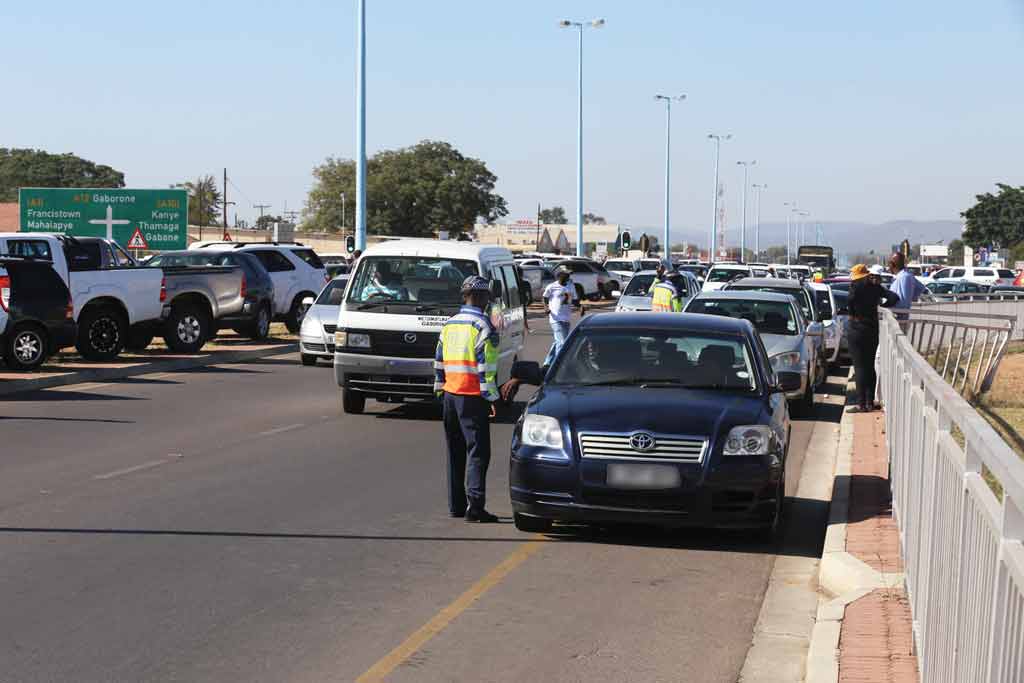