Security officials from Broadhurst Police Station on Monday arrested Outsa Mokone, the Editor of Sunday Standard and detained him at the police station. This was after a warrant of arrest was issued against Mokone concerning a recent article published by Sunday Standard alleging that the Office of the President had tried to conceal details of a car accident that President Ian Khama was involved in.

The article was penned by Sunday Standard Senior Reporter, Edgar Tsimane who has since fled to South Africa and has written a letter seeking asylum from the government of the country.
Tsimane fled to South Africa after he was reportedly warned that his life was in imminent danger by his brother, who is employed by the Directorate on Intelligence and Security Services (DISS). The said article has reportedly offended state officials and led to Mokone and Tsimane being charged with sedition, contrary to section 50 as read with 51 of the penal code. The article was published in the August 22 edition of Sunday Standard under the headline, ‘President hit in car accident while driving alone at night.’ In his affidavit, Mokone revealed that after assessing the said article, he asked Tsimane about the source of his information, whereupon he replied that the sources were credible and reliable.

“He assured me of the reliability and credibility of his sources, insisting that he stood by the story. He further told me that he contacted Dr Jeff Ramsay, the Presidential spokesperson before writing the story and that he took on board his comments,” states

Mokone also revealed that his Deputy, Spencer Mogapi was summoned to the Police headquarters last week Tuesday, while he was away in South Africa to answer for the said article. At the interview, said Mokone, the Commissioner of Police and other senior police officers in  attendance indicated that they were concerned about the substance of the story as it raised serious security concerns that Khama could have been involved in an incident such as the one narrated in their article. According to Mokone, two days earlier Tsimane had indicated to him, in the presence of Sunday Standard attorney, Dick Bayford, that his brother, Clement Tsimane, an employee of DISS, had advised him that his life was in imminent danger from the country’s security agents for the reason that he had been writing a series of stories considered to be offensive to the powers that be.

“Tsimane was visibly shaking when he informed us that he had taken a decision to seek asylum in South Africa,” noted Mokone in his affidavit.
Mokone said to his surprise, the following morning when he was due to have another meeting with Tsimane and Bayford, he found on his desk a letter signed by Tsimane and addressed to the Minister of Home Affairs in South Africa, seeking asylum. Mokone also argued that it was curious why the state had held onto his warrant of arrest without executing it until late Monday afternoon.
“What is clear however is that the decision to have me detained came only after I told the CID officer that I did not know Tsimane’s whereabouts,” he said, arguing that the court should release him.
In his application for asylum, Tsimane requested the South African Minister of Home Affairs to grant him asylum on an urgent basis, adding that “Botswana is presently scary”.

“The reason why I seek your office to accord me asylum stems from serious and imminent threats and intimidation I have received from the Botswana state security apparatus. It will be pointless for me to  report the matter to the Botswana Police  Service as it is cowed by the DIS. In fact, the Botswana police has since become part of the problem,” states the 43-year-old in his application letter.
Tsimane further revealed that he has been receiving strange and unusual calls on his mobile phone and has observed suspicious looking men frequenting his work place to ask for him, but refusing to leave their contact numbers when asked to do so.

Mokone’s lawyer Bayford is expected to file an urgent motion today (Tuesday) seeking his release.
Sunday Standard was recently embroiled in a court battle with government over the newspaper’s possession and publication of an alleged Directorate on Corruption and Economic Crime investigation docket on DISS head, Isaac Kgosi. 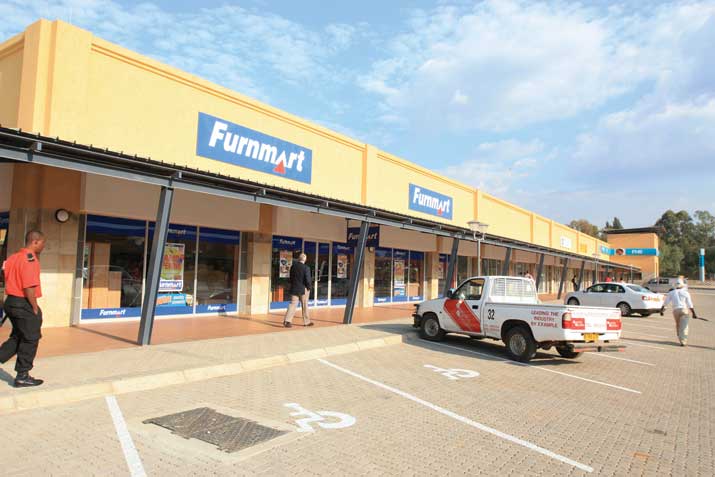