She is one of the BDF players that recently demolished their archrivals, Smash Manics during the 2014 table tennis club championship a fortnight ago. Hetweg Kangootui played her first competitive Botswana Integrated Sports Association (BISA) game in 2009, two days after enrolling at Itekeng Junior Secondary School in Gantsi. The 19 -year -old Charleshill born lass says her first competitive game was an easy one because she had an unblockable fore-hand. Her stroke of luck ended at the BISA zonal region as she could not chop her balls explaining that, “It was frustrating because all the balls I played kept going wayward.” Her skills were sharpened at Gantsi Senior Secondary School where like most school far from the capital city, had limited facilities and resources as compared to their counterparts in town schools.

She speaks with pride that despite her absence in the Botswana Table Tennis Association (BTTA) tournaments due to the long distance,  and having not been able to play against  top senior players,  with coach Letebele Mosarwe’s   support they persevered and achieved a lot. “What other schools did not know is that we used to learn tricks using online videos and we would emulate them in practice,” she says.

In 2013 as a senior student, she led Gantsi Senior School to the BISA finals where she bagged gold in the singles and mixed doubles. In the team events her school attained silver and she earned the prestigious 2013 BISA Most Valuable Player Title.

Upon her relocation to Gaborone end of 2013, Hetweg, who is also a good at karate, chose BDF solely for reasons that they have a strong karate and Table Tennis teams. It was not long before she realized that she could not play both codes. “To be honest I have always loved table tennis more than karate. It is just that I had Sensei who had faith in me. I decided to quit and focus on my love, table tennis,” she explains.  Hetty made her maiden appearance as a BDF Table Tennis Player at the 2014 BTTA Open tournament where her team got position 1 in the mixed doubles.

“I was nervous because BDF Table Tennis is always emphasizing on how they are a brand and that it is compulsory that every tournament they have to win something. Luckily I had my headphones on to keep myself calm,” she said.  In her first outing she minted bronze in the doubles. “My second tournament under BDF colors, I won silver and, this time around I had the confidence and started believing I can play as good as the Gabs ladies. The 2014 Clubs Championship will always be a special tournament,” Hetweg said.

Though she thinks she still has a long way in mastering her game, in just three months Hetty has illustrated that she is a force to be reckoned with. Asked how she felt that she ended the mighty Smash Maniacs six years old supremacy she said, “Yah, it felt great! Seeing the smiles on my captain’s face and my coach Mosarwe and knowing that I contributed towards the glory really made my night. It felt good knowing that my hard work and efforts are recognized and appreciated.” 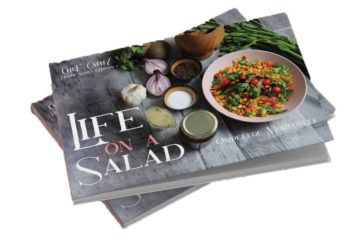