TATI-SIDING: A documentary book on the development of the village of Tati- siding was launched over the weekend. Titled, “A researched documentary of Tati-Siding,” the book according to its author Ogomoditse Maruapula, is an inspiration for collective developments that can change rural areas for the better. “This is an inspiration to push for developments in rural areas. As the author, I have a role to play in the society and this is about sharing ideas in order to advocate for the village of Tati-siding to also be vibrant and a focal point,” highlighted Maruapula.

According to the Maruapula, the book contextualizes the origins of the village. “In this book I have tried to be more factual and avoided controversy because there is lot of research and verifi cation of facts from the elders of the village,” he said. Meanwhile, Maruapula, who has a business in Francistown, said Tati- siding should be appreciated because it is an alternative area for those who want to do business outside the city.

When launching the book, Dr Veronica Makwinja- Morara commended the author saying that most Batswana have lost oral history because they do not have time to write about. “This book is an educational resource for upcoming generations because as a fi rst professional publication on the village , it will go a long way in setting a fi rm foundation for those who might wish to follow suit and document what goes on in Tatisiding,” she noted.

Of abject poverty and living without identity 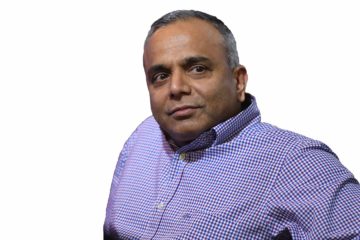