Batawana Paramount Chief and Member of Parliament for Maun West Tawana Moremi has expressed his views on the ongoing differences between former President Ian Khama and his successor Mokgweetsi Masisi.

A long-time critic of Khama’s administration, Tawana told this publication in an interview on Monday that the public humiliation meted out on Khama by the Masisi administration is uncalled for. ‘‘Why are we being made a part of their feud? Why can’t they keep it to themselves without letting the public know that they are rejecting his requests?’’ Tawana asked rhetorically.

The vocal legislator wondered what the Office of the President intended to achieve by letting the public know of Khama’s requests for air transport and their subsequent rejections. ‘‘I am of the view there is something we are not being told here because the way I see it, this is more than about aeroplanes. There is more to it that we are not being told’’, Tawana said.

He said it was surprising that while Khama has always been accused of failing to account for his actions or lack thereof, Masisi was doing the same thing by not providing Khama with reasons for rejecting his requests. Tawana said it is important for the Office of the President to furnish Khama with reasons for rejecting his requests because that would help Khama to know under which circumstances his requests would be acceded to or turned down. ‘‘If you don’t give him reasons, he will continue to put forward the same requests’’, Tawana opined.

Recently, the public has been watching with growing concern the escalating fallout between Khama and Masisi’s administration to a point where Khama has not categorically ruled out the possibility of joining the opposition. The tension between Khama and Masisi’s administration started when the latter fired Khama’s confidante Isaac Kgosi from his position as head of the Directorate of Intelligence Services (DIS). The tension escalated when Masisi’s administration rejected Khama’s recommendation to hire Kgosi as his private secretary following the retirement of Brigadier George Tlhalerwa. Subsequently, Masisi’s administration has refused to allow Khama the pleasure of using air transport on State-owned aircrafts. Khama has also revealed that he has been made aware of the Office of the President’s directive to State-owned media houses to starve him of any coverage as he traverses the country holding Kgotla meetings and attending private events. 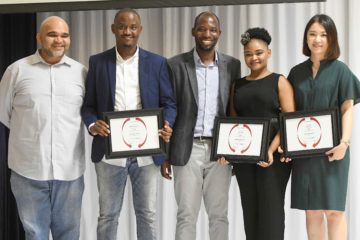