Trainers and Allied Workers Union (TAWU) has expressed delight at recent developments in which Pelonomi Venson-Moitoi was given leave of absence as Minister of Education and Skills Development (MoESD) by President Ian Khama leading to a snap cabinet reshuffle. TAWU Vice President Allan Keitseng said the leave of absence taken by Venson-Moitoi and the redeployment of Grace Muzila from the ministry where she was the Permanent Secretary (PS) will cause TAWU to lift its moratorium on meetings with the MoESD with immediate effect. The ban began on the 10th February after a series of postponements and cancellations of the ministry’s scheduled meetings with the union.

Keitseng said the duo were barriers to the betterment of education in the country as they continuously failed to implement policies passed by Parliament and had a habit of acting without prior consultation.   Keitseng said Muzila was even worse as she could not prioritize issues of importance like transformation of tertiary education. He said the Ministry is always talking about transformations but nothing has happened.

On the incoming Acting Minister Mokgweetsi Masisi and the new PS Richard Matlhare, Keitseng said they know the two and hope that, unlike the outgoing duo, they would be welcoming and willing to address issues in the education sector with seriousness. He said they do not expect the incoming pair to bring changes immediately but said they expect them to show commitment. Keitseng further said they will be writing to the new leaders next week to arrange a meeting with them.

“TAWU has always prioritized education as a critical and important sector in the economy and labour market. It is therefore crucial that MoESD should encourage and maintain dialogue with partners and stakeholders. This should embrace operational and policy issues on emerging issues to collaboratively find solutions to the sector’s challenges,” Keitseng said.

TAWU’s burning issues include among others, the revised pay structure for the teaching cadre, delayed transformation of colleges of education, appointments of Heads of Departments in Brigades and other policy and operational issues.
Contacted for comment on TAWU’s reactions, Moitoi said she cannot comment on the matter stating that it was the union’s view point and she has nothing to say about it.
Moitoi was on the 1st of April appointed to lead the Education and Training Sector Strategic Plan (ETSSP) while Muzila swapped with Matlhare to be the new National Aids Coordinating Agency (NACA) Coordinator. 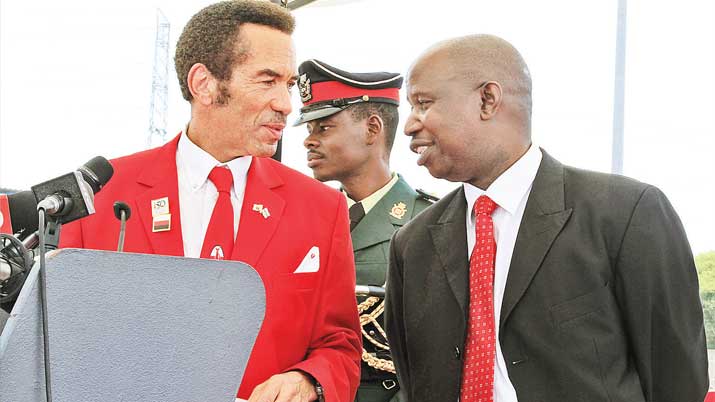