As per Section 124(3) of the Constitution, the Auditor General is enjoined to audit the public accounts of Botswana and of all officers, courts and authorities of the Government of Botswana. Thereafter, he/she must submit the audit report to the Minister responsible for finance who shall cause it to be laid before the National Assembly. The report was submitted to the Finance Minister about two weeks ago. As usual, the report provides for a sobering reading for it is an eloquent but sad commentary on the state of financial husbandry.

It is worth stating that there exists a principal-agent relationship between the citizens and government. The citizens and government are principal and agent respectively and the latter acts on behalf of the former. Principal-agent theory encapsulates a tradition of rational choice modelling, in which some actor(s) (the principal(s)) uses whatever actions are available, to provide incentives for some other actor(s) (the agent(s)) to make decisions that the principal most prefers (Sean Gailmard, 2012; Accountability and Principal-Agent Models). In this regard, the principal gives the agent some responsibility, e.g., to spend the budget. However, responsibility goes hand in hand with accountability. The principal, thus, must demand accountability from the agent (typically, a bureaucrat). Amongst different accountabilities, financial accountability is the most important. Thus, the Supreme Audit Institution (SAI) (e.g., Auditor General in BW) is an institution used to exact executive accountability. Hence, SAIs such as the ‘Auditor General should exercise their authority legitimately and appropriately in order to ensure integrity of public administrations (Commonwealth Secretariat, 2013; Auditors-General play key role in holding governments to account).’  Doing so would enhance good governance.

In pursuit of his constitutional obligations, the Auditor General caused the audit report on the accounts of the government for the financial year ended 31 March 2013 to be relayed to the Finance Minister on 25 February 2014. For those who have been religiously following these reports, the 2012/13 report does not contain anything new. It catalogues stories of financial impropriety, some bordering on criminality, that plague the public financial system. Some of the recurring problems are next summarised. Travelling imprests, largely seen as free loans, have a low retirement rate. In this regard, some have been outstanding since the 2004/05 financial year (Office of the Auditor General, 2014; Report of the Auditor General on the accounts of the Botswana Government for the financial year ended 31 March 2013).

Under and over-expenditure continue to be a problem. For instance, under the Consolidated Fund, P37 791 267 514 and P37 852 891 107 were appropriated and warranted respectively but P144 468 055 was unspent. Relatedly, there were instances of over-expenditure; e.g., Finance and Development Planning; Education and Skills Development; Minerals, Energy and Water Resources; and Foreign Affairs and International Cooperation. Other issues relate to non-payment of advances to staff; poor collection of government revenue; unallocated stores; and loss of public monies and stores.

Ending, the Auditor General’s report provides for a sobering reading on the state of financial husbandry. It is a rendition of old stale news. Moving forward, unless the agent is held accountable for financial impropriety and criminality, good financial husbandry will be a chimera.

Retirement is a possibility – Dipsy

BoFinet slashes bandwidth tariffs by up to 40% 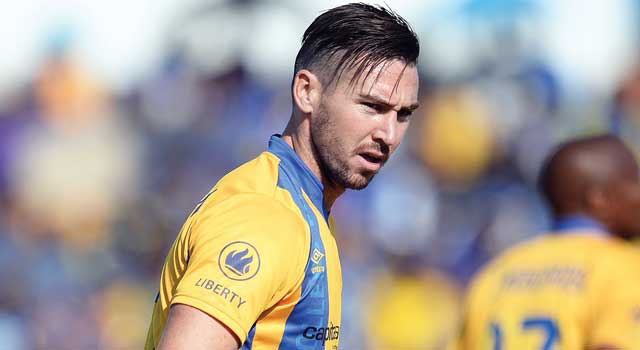