With the use of ICTs, 10 000 jobs can be created in this country: internet creates jobs, brander’s translators, editors, and consulting in various fields- Bakang Seretse

The 2015 Human Development Report (HDR) titled Work for Human Development examined the intrinsic relationship between work and human development, and said that work- viewed in a broader sense than just employment, can be a means of contributing to the public good, reducing inequality, securing livelihoods and empowering individuals.
“Work allows people to participate in the society and provides them a sense of dignity and worth. In addition, work that involves caring for others or voluntarism builds social cohesion and strengthens bonds within families and communities,” the report.
Full, decent and productive employment for all is also a central plank of the Sustainable Development Goals (SDGs) as exemplified by Goal 8’s explicit emphasis on work, “Promote sustained, inclusive and sustainable economic growth, full and productive employment, and decent work for all”. The slowing down of the economy in Botswana which saw average growth  of around 7 percent slumping to 4.5 percent by 2015  has however exacerbated the long standing challenge of job creation, with the youth being the most hard hit.

Botswana’s economy is currently not creating enough job opportunities, with only 1 in 6 of the 40,000 annual entrants of the job market getting work. Around 1800 job losses have been experienced in 2015 alone, and this includes Teemane Diamond Company’s 320 former employees who lost jobs when the Serowe based diamond manufacturer went under in February this year. Discovery Metals’ Boseto Mine also coughed out 1000 people when it closed abruptly this year, and another 400 remain uncertain about their future at the company’s Mowana Mine.

Notifications of intention to restructure and retrench have reportedly been given to the Presidency by among others the Botswana Power Corporation; Botswana Housing Corporation; Diamond Trading Company Botswana; Botswana Investment and Trade Centre; Botswana Public Officers Pension Fund and the Directorate of Public Service Management among others; an indication of economic stress.

On the corporate front, multinationals operating in Botswana, like Standard Chartered Bank, Barclays Bank and Anglo American have all expressed intentions of extensive job cuts in their global operations. Standard Chartered just in November this year announced cuts of 15,000 jobs from its 86,000 global workforce by 2018. Barclays Bank will shed 30 000 jobs worldwide in the next two years. Anglo also says it will cut around 85,000 employees, that is 63 percent of its workforce!
Many loaded statements were made by visionary professionals at the inaugural Jobs Summit held in Gaborone two months ago pointing to potential sources of jobs opportunities. Rapelang Rabana, a highly acclaimed technology entrepreneur and founding Chief Executive of Rekindle Learning said “If under development can be done, prosperity can be done too. With the use of ICTs, 10 000 jobs can be created in this country: internet creates jobs, branders translators, editors, and consulting in various fields.”

Dr Andrew Molwane, acting Chief Executive Officer at the Botswana Qualifications Authority said there was need to go back to basics and “ look back to the neglected informal sector, a lot of indigenous skills in the villages can create jobs; right now we have crafts coming from our people selling overseas.”
At another forum, Afena Capital Managing Director and finance expert Bakang Seretse said “various government works programmes are an important poverty alleviation measure that provide skills and work experience to the unemployed; however there is scope to further expand these intervention,” adding that, “what the unemployed need are permanent, sustainable jobs.”

“Botswana is defined as a middle income country. Yet most of its people live in conditions typical of a low-income country. This suggests that our greatest problem is not that we do not have enough money, but that we have not found effective, sustainable and just ways of distributing it,” he argued.
Seretse believes that the ultimate cure for joblessness is the revival of cooperatives as a business format, and that small business can create jobs as the public sector retreats from the role. “These cooperatives will be versatile economic enterprises and will be established across every sector of the economy such as public works, farms, bakeries, financial services, mines and many others,” he said.

“Cooperatives have been used in many countries such as South Africa, Zimbabwe, the United States and Spain …Cooperatives don’t challenge capitalism but are a part of a wider strategic response to transcending capitalism,” Seretse concluded. He also suggested various reforms like the promotion of citizen economic empowerment, supportive national entrepreneurship culture and the encouragement of entrepreneurship among other things.

While companies are busy cutting jobs, there is no evidence showing that they are conversely incentivizing the lean staff remaining to shoulder wider responsibilities and the backbreaking workload. As is tradition, the private sector has hidden on the shadow of Government and not increased salaries since the global economic downturn of 2008 and 2009. This has caused inflation to erode disposable income by as much as 35 percent as evidenced by the United States Embassy’s recent increment for its staff by the same rate breaking from this tradition; something quiet commendable! 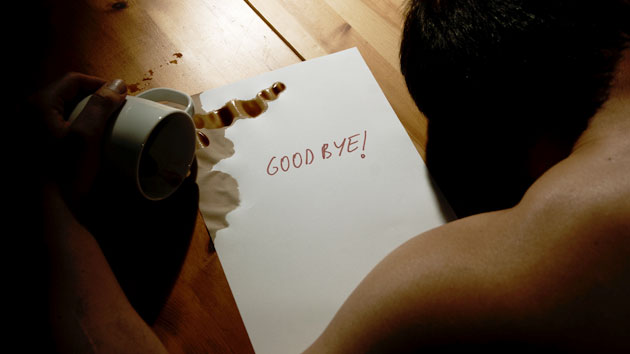