Battle lines for what could be the most divisive bye-election in recent history; the Goodhope-Mabule bye-election have been drawn. Insiders say it will aggravate the clash between traditional and political power while some say Dikgosi bring a new dimension, dignity and respect to national politics. But, in reality, politics can be dirty. The mudslinging to score cheap political points can be intense and can descend to gutter level. Staff Writer, Queen Mosarwe unpacks the duel.
With political parties having laid out their strategies and the clock ticking for the Goodhope-Mabule Constituency bye election to be held on the 15th August , one thing is clear,  it is  a game  of  bogosi  against   politics.  Residents of the constituency find themselves faced with a decision of   whether  to cast their  vote  based on political allegiance   or show respect for their    paramount chief  as they were  told during the launch of   Kgosi Lotlaamoreng  II  of the Umbrella Democratic Change (UDC) over the weekend in Pitsane.   Kgosi Lotlaamoreng will be contesting for the Goodhope-Mabule  constituency  parliamentary seat  against Botswana Democratic Party’s (BDP)  Eric   Molale  and Botswana Congress Party’s (BCP) Comfort Maruping.

“  We  have seen it  happen before with Roy Blackbeard of the BDP   stepping  aside to make way for his chief;  what’s with  Molale not doing the same?” former Bakwena regent Kgosi  Kgosikwena Sebele said when launching Kgosi Lotlaamoreng.  Blackbeard made way for Bangwato paramount chief, President  Ian Khama at a constituency now known as the Serowe North Constituency.

“ I hear  President Ian Khama will be  coming here too, and if he tells you  that  Kgosi should be deprived of the vote,  then he should show  it with himself first,” Sebele added.

Kgosi Sebele said it was the chief that   knows and understands  the needs of his people and has the right to represent his  morafhe in any platform that he so wishes. “There  are several wards within a  constituency but the chief is one  for all of them; he represents more people than anyone else, ” he explained.
Advising Kgosi Lotlaamoreng ,  he said he should   take a leaf from his own experience, as  he was jailed for   a crime he did not commit. “They are going to say whatever they want to say about you but in their conscience they know the truth,” he said. Kgosi Sebele explained further; “ The truth  of the matter is that my real crime was being a staunch member of the Botswana National Front,” Kgosi Sebele  added that had he been a member of the BDP,  he would have long been sworn in as paramount chief of Bakwena, but that did not happen because he is a member of an opposition party.

Sebele  served in the Molepolole Customary Court for several years before he was appointed to head the Customary Court of Appeal. He lost the  throne  in 2010 when he was convicted of stock theft and slapped with a four-year jail sentence which he later appealed and won.

Representative of  South Africa’s African National Congress (ANC),  Themba Gwabeni said it was impressive to see the Goodhope -Mabule constituents wanting to vote in their Kgosi and him ( Kgosi) also having  availed   himself when called upon to represent his people  in parliament.  “We are happy that it is you wanting to represent your people, we are happy that you did not delegate and we know that when its you ,  the interest of the people are safeguarded.” Gwabeni stated.
Gwabeni said it was therefore left to  the constituents to show respect for their paramount chief by voting him  as their member of parliament. “  Tlotlang kgosi e kgolo  ka tlhopho le nelwe ke pula Barolong, ”he said , stating  there  are two important beings on earth; God and a Kgosi. “ Do not embarrass us Barolong,  go to the polls with the knowledge that there are two important beings in life; God and Kgosi,” he emphasized.

For his part,  Maun West Member of Parliament, Kgosi Tawana Moremi II said   history would be made if Barolong did not vote for their chief. “It will really be embarrassing  if you do not vote for your Kgosi and it would be the  first time it happened in Botswana,”  he said, adding that even his constituents asked him to relay the message that Barolong should follow suit and vote their Kgosi to parliament.

Beware of taxes triggered by gifts 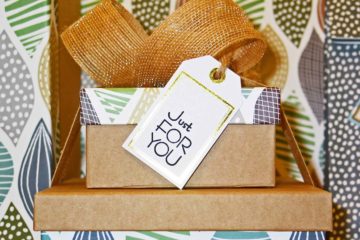