‘Botswana was not ready to sign the Protocol basically because of the mandatory language used in crafting most of the clauses that we consider critical…Other international instruments allow member states to sign and register their reservations on clauses that they are not comfortable with. This option was not available to Botswana since the SADC Treaty does not allow for adoption of any Protocols with reservations. These are our reasons for not signing…We considered some of the timeframes unrealistic, and some of the measures have serious resource implications that we cannot guarantee’ President Ian Khama, quoted in the SADC Gender Protocol Barometer, 2012 The reasons given by Botswana for not signing the SADC Gender Protocol can hardly be convincing.

On the contrary they may well point to a deliberate attempt by the Executive to stall the little progress made by her in the past towards gender equality though no doubt she may be committed, in spirit, to the Protocol. The contradiction with such commitment and lack of signature arises from her commitment to the Millennium Development Goals (MDGs) set for 2015; Beijing Declaration and Plan of Action and the African Union Solemn Declaration on Gender Equality in Africa to mention but just a few.

The Gender Protocol, properly speaking, enhances these instruments by addressing the gaps and setting specifi c timeframes where these do not exist. The 2015 timeframe set by the SADC Gender Protocol tallies with MDGs and in particular Vision 2016. Of the MDGs, MDG goal number 3 calls on countries to achieve gender quality by 2015. The only signifi cant difference between MDG 3 and SADC Gender Protocol is that the latter goes a step further by breaking down key specifi c issues for consideration in order to meet MDG 3. The timeframe argument can therefore not hold. The language of the Protocol is not mandatory as the fi nal stages of negotiations substituted mandatory words and thus obviating the need to have reservations in the Protocol.

There seems to be a sense of accepting defeat even before efforts are made. There can be no serious resource implications of the sort contemplated to the extent that we already subscribe to gender equality through MDGs, Vision 2016 and other international instruments. Of the major political parties in Botswana to the best of my knowledge and recollection, only the Botswana Democratic Party (BDP) does not have voluntary party quota which is generally set at a 30% threshold. Given the continuing decline of women participation in politics, the ruling party may consider this threshold in their party constitution.

The government’s refusal to sign the SADC Gender Protocol was to play itself out recently in the Mmusi v Ramantele case. The irony of which was that in the recent past, the highlight of the leadership of President Khama was to come from the decision of the court in one of his international reviews. In many respects the government’s oppositional stance to the principle of gender equality and logic of Ramantele through the Attorney General, and which opposition was to continue right through to the Court of Appeal, is consistent with the refusal to sign the protocol. As Kunyalala Maphisa observes, ‘A radical mind shift. That is what we need…to shift gear from the slow, incremental changes in the…way we perceive and protect women…’ 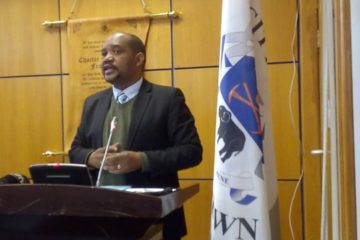