Nico United midfielder Gift Moyo has grown in leaps and bounds in the past two seasons. The 23-year -old attack minded midfielder has earned a place in the Zebras setup in recent months after playing a vital role in Nico’s impressive 2012/13 season.

Known for his quick turns, good passing range and an eye for goals, the youngster has been tipped to become a regular member in the national team set up for years to come. He scored nine league goals last season as his club claimed a second place finish in the beMobile Premier League last season. His goal tally represented an improvement in terms of his goal return from the previous seasons.

Nico signed him from Phikwe’s Second Division side Tse Tshweu in 2010.He was initially a right sided winger but he was converted into an attacking midfielder by the club’s technical team.

Many felt that the youngster was unfairly left out of the league’s initial 12-player shortlist for the Player of the Season award at the end of the previous season. The midfielder made his national team debut during the CHAN Qualifier against Zambia at the Molepolole Sports Complex in July.

Despite being a new member in the side, he managed to earn a place in the next set of friendly matches against Uganda and Malawi, he was also selected in the squad for this past weekend’s World Cup Qualifier against South Africa. Moyo’s performances also alerted the attention of Gaborone United who made a bid for him in the just ended transfer window. Nico rejected the offer and kept one of their most prized assets.

The Selibe Phikwe side has already lost two key players during the off season; Bonolo Frazer and Master Masitara have joined Mochudi Centre Chiefs and Zimbabwean club Highlanders respectively. Analysts believe that the club has made the best transfer window decision by keeping two of the league’s best young players, Moyo and Topo Piet.

Nico’s Public Relations Officer, Moreri Kgakgamatso, told this publication that Moyo will be their focal figure in their attempt to better last season’s achievements. “Gift is an important player, he makes the team tick. When he plays well, the whole team benefits from his work rate and assists. Even though he is a regular goal scorer, his main objective is to set up goals for his teammates. The club is confident of winning trophies and Moyo will be instrumental in our chase for silverware,” said Majombolo’s PRO.

Moyo is due to sign a new four year contract after returning from national team duty; his current contract was due to end in December but he is expected to extend his stay at the club. 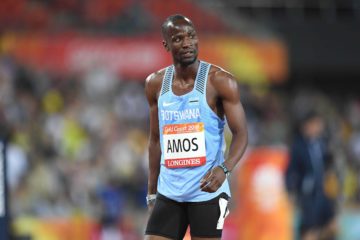