October 29, 2020 Admin
Home»Latest News»The truth is, the regression of jobs is what is happening, not the creation of them
Latest News/Money/News

The 2015/16 national budget underpinned inclusive growth as a stimulus to productive employment, describing it as an approach through which economic opportunities will be created along with ensuring that different people within a society have equal access to the benefits of the economy’s growth. Inclusiveness therefore means that people will not only contribute   but also benefit from economic growth.

Does the manufacturing sector indicate capacity to create economic opportunities?
The prolonged drop in a bucket growth that the manufacturing sector has experienced in the past years makes the creation of stable and gainful jobs an obscurity. Botswana Exporters and Manufacturers Association (BEMA)’s President Nkosi Mwaba revealed, “The manufacturing sector is battling with a number of challenges at the moment just to maintain its current workforce. Retention of the existing workforce is already a challenge as we have seen with the number of manufacturers that have been forced to shut down. There are more manufacturers who have not made the headlines yet but who have demonstrated to us that they are under imminent threat. BEMA members are struggling to retain jobs let alone create further employment.”

Mwaba welcomes the approach of inclusive growth and also considers it practical but he however expressed that meaningful growth will only take place when government works with the private sector to provide a specific and deliberate support mechanism. He emphasized that tailored incentives and policies as per sector under the overall manufacturing industry is what is needed to establish an equal footing with regional competitors whose competitive advantage is being awarded by their governments’ efforts. “What we have done and achieved so far is not enough to effectively address the need to create employment and stimulate the economy,” he stated.

Botswana has a plethora of policies and statutory instruments with potential to propel private sector development but the experience according to Mwaba is that their lack of alignment, implementation and monitoring negates reformation of local industries.
“As BEMA, we are working round the clock to synchronise industry challenges and come up with a clear and optimistic agenda for a meaningful dialogue with Government,” Mwaba said. He added that they have already intervened in addressing borderline concerns that are threatening the survival of local manufacturers and exporters.

Does the financial and business sector have the latitude to create jobs?
Afena Capital’s Managing Director admitted recently at the company’s monthly press club meeting that the financial sector  and business in general has not done enough in creating jobs. Bakang Seretse lamented at the negligible number of indigenous financial companies compared with the alarming number of foreign owned firms. He made reference to the fact that national objectives such as job creation are not met with the same drive and  commitment as could be under the charge of local firms. Seretse stressed that the reality of Botswana’s economic situation demands that the country deliberately sets up indigenous financial institutions that will support national objectives. “Companies need to take pride in gainful employment they create and sustain” he said. He added that they also need to measure their efforts of gainful employment creation suggesting that they should report on their employment performance as they do with profits.

Seretse asserted that the old engines of growth being government and mining are no longer bringing jobs into the market. “The truth is that there are fewer jobs being created every year than there are new entrants into the job market. Recognition should be placed on the fact that most new jobs will be generated by smaller enterprises,” he said. 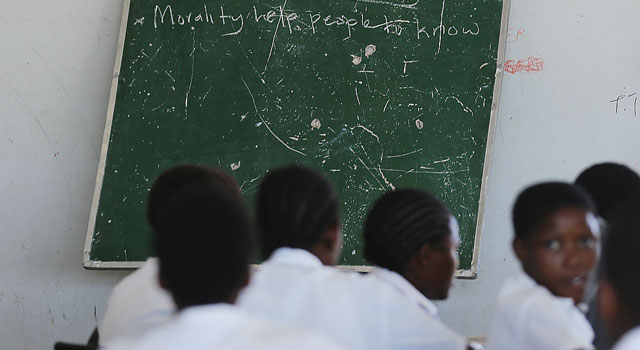