Following allegations that local jazz veteran Soca Moruakgomo and Odirile ‘Vee’ Sento were awarded the Botswana Democratic Party 2014 anthem tender, the jazz artist has denied in an exclusive interview with Time Out that this was the case.

“I just want to clear this out.  I did not write the BDP anthem with Vee like some papers are reporting. In fact I wrote the song a while ago and even performed it in a concert early last year in New Jersey, USA. I performed it for thousands of people from twenty different European countries who were present at the concert and people loved it,” he said. Commenting on how his song got selected, Moruakgomo said that, “There was never a tender or anything of the sort. What happened was that, I approached the party and gave them a demo and because it resonated with what they stand for, they approved it as their campaign song and thereafter I went to record the song in different genres. I recorded the song as a Jazz vocal, jazz instrumentals, choral, house mix and club mix which was done in the UK by a Dj I met in New Jersey during the concert.”

The song is a praise song about the current government and its policies. Moruakgomo revealed that he did not get paid nor did he receive any remuneration from the political party regarding this song as he was doing it from his heart as a tribute to the Botswana Democratic Party.

“It is no secret that I am a member of the BDP and as an artist in Botswana I also want to be included in history books. I want to be remembered as one of the artists who used their music positively to support a government that has been good to its people. Do not get me wrong, I am sure there are glitches here and there but overall, the BDP has done its best to ensure that there is love and peace in the country, freedom of expression, and developments as expressed by the song. If this was a tender I would have asked for a lot of money but this was not, I am just a patriotic Motswana who supports the government and want to help raise funds for them with this song,” expressed Moruakgomo.

Reached for comment,  Executive Secretary of the Botswana Democratic Party Sechele Sechele confirmed that indeed Soca Moruakgomo approached them with his song and after hearing it, they loved it and a decision was reached that the song will become the BDP campaign song. “Our party is a voluntary organization that does not make profit so we accept any form of help we can get and we are always open to receiving assistance that is in line with what we do as a party. In short, there was never a tender and Soca was not paid for the song,” said Sechele. He also went on to add that, “as a political party we are always active so we will continue to use the song even after the elections in October.”

Meanwhile  Vee who was reportedly working with Soca on the song could not be reached at the time of going to press. 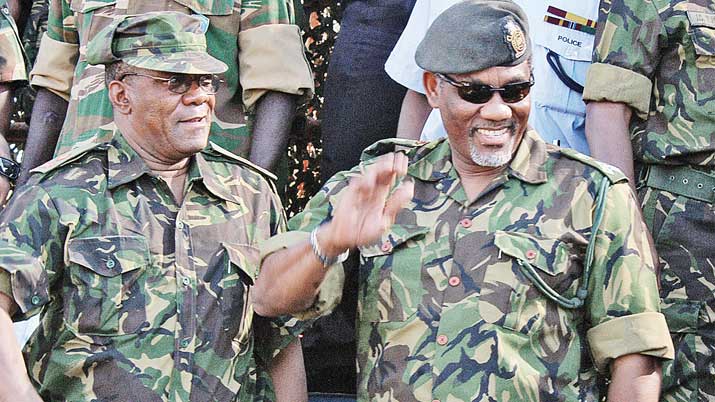