LONDON (AFP) – Margaret Thatcher survived an assassination attempt when she was Britain’s prime minister and police are taking no chances that her critics might seek a final attack by targeting her funeral.

A major security operation has been planned for Wednesday’s ceremonial event, amid fears it could be disrupted by far-left groups, Irish republicans or individuals obsessed by the Iron Lady. The high-profile guest list, headed by Queen Elizabeth II and set to include a host of global political figures and celebrities, has also increased the pressure on Scotland Yard.

Peaceful protests, anti-Thatcher chants and banners are also expected following a week of impromptu street celebrations to mark the death of a political leader who remains hugely divisive. Hundreds of people joined a “party” in London’s Trafalgar Square on Saturday night, and several said they would return to demonstrate at Thatcher’s funeral.

The former premier’s coffin will be carried through the streets of London with full military honours. “I plan to go there and turn my back when she comes,” Sigrid Holmwood, a 34-year-old artist, told AFP, saying she objected to the expensive send-off given to such a divisive leader.

Police are scanning social networking sites for information about possible protests on Wednesday, after the events last week were spread on Twitter and Facebook. They have also urged people planning to disrupt the funeral to contact them, a pro-active tactic used with success during last year’s London Olympic Games. “The right to protest is one that must be upheld. However, we will work to do that while balancing the rights of those who wish to pay their respects,” said Commander Christine Jones, who is leading the security operation.

Jones was also in charge of security at the wedding of Prince William and Kate Middleton in April 2011, which passed off peacefully. “We are hugely experienced in safely deliv- ering high-profile and ceremonial events in the capital,” she added. Police officers will be deployed at strategic points along the route that the funeral cortege will take from parliament through central London to St Paul’s Cathedral.

A mobile team will be on hand to deploy to trouble spots.

Fears of violent protests were sparked by impromptu parties by left-wing activists celebrating Thatcher’s death on May 8, which flared up in London, Bristol, Liverpool and Glasgow. Scotland Yard is also bracing for potential threats from individuals fixated with Britain’s first female prime minister, who was in office for 11 years from 1979 to 1990.

Dai Davies, a former head of royal protection at the London police force, told The Times newspaper that police chiefs were most likely to be concerned “about a fixated person with a psychological hatred of Margaret Thatcher”. Another potential threat could come from Irish republican dissidents who still hate Thatcher for her hardline approach on hunger strikers during the conflict in Northern Ireland.

The Irish Republican Army (IRA), the main paramilitary group fighting British rule in the province, tried to kill her with a bomb in 1984. She survived but five people died. The IRA gave up its armed struggle a decade ago, but dissident groups are still active in Northern Ireland.

“Baroness Thatcher’s funeral is bound to excite dissident Republic ambitions. It is something I know the security services are taking very seriously,” Conservative lawmaker and security expert Patrick Mercer told The Guardian. A large section of central London will be closed off because of the funeral, including roads around Buckingham Palace and Parliament Square, home to parliament and Westminster Abbey.

Several London Underground stations will also be closed along the funeral procession route as part of the lock-down. Scotland Yard has reportedly cancelled all leave for its officers for the day of the funeral to ensure it is fully prepared for any problems. The force was criticised for a slow response to riots that erupted across English cities in August 2011 following the fatal shooting of a black man by police.

In the worst case scenario, the police will be able to call on the armed forces, 700 of whom are taking part in the funeral procession. Army Major Andrew Chatburn, the man in charge of choreographing the parade, said protests were a matter for the police. But he added: “Many of these (service personnel) have served in Afghanistan and if there is anything that they have to adapt to, they will adapt to it within the confines of their responsibility.” 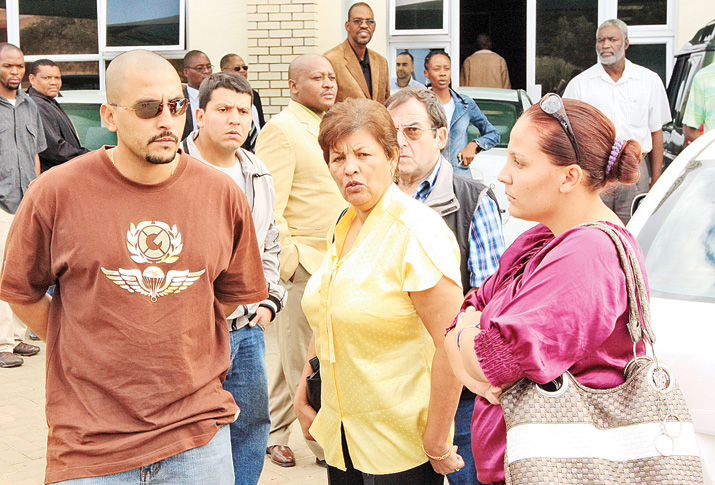