Outgoing Botswana Tourism Organization (BTO) boss Thabo Dithebe has revealed that Minister of Environment, Wildlife and Tourism Tshekedi Khama appointed a Dubai company called Gafa Media to promote this country’s tourism products without following procurement procedures.
Speaking before the Parliamentary Committee on Statutory Bodies and State Enterprises on Monday, Dithebe further revealed that he was not consulted when Gafa Media was given a three year P17 million contract during Minister Khama’s recent visit to Dubai. Khama and BTO Marketing Manager Jillian Blackbeard, he revealed, made a decision to appoint Gafa Media. According to Dithebe, the company is tasked with brokering Botswana’s tourism abroad, with a plan to establish a BTO office in Dubai.
When grilled by legislators on procurement procedures of the Gafa Media tender, Dithebe candidly revealed that PPADB was not party to the procurement process and that the P17 million given to the Dubai company was never budgeted for nor included in the National Development Plan.
“The minister recently went to Dubai with the marketing manager to sign a contract with the company. I was not part of the decision making…I only knew that a contract was signed upon the minister’s return and asked for a copy of the contract. I did not go to Dubai… ,” Dithebe told the committee.
Quizzed by Boteti East MP Sethomo Lelatisitswe on whether he was ever engaged before Gafa Media was appointed, Dithebe said Khama or Blackbeard never shared their intentions with him. He said he only knew that the minister had an intention to open a BTO office in Dubai and as such had planned a trip to the country but Gafa Media was never mentioned.
Gabane-Mmankgodi legislator Pius Mokgware asked the CEO if he was aware that according to the BTO Act, the parastatal decisions should be taken by the Board not the ministry or minister. He pointed out that BTO and the ministry may be contravening the BTO Act when taking decisions, therefore asking whether legal advice was ever sought. Dithebe responded that only Khama makes decisions. Committee Chairman, Samson Moyo Guma, also questioned the legality of the contract signed between BTO and Gafa Media which Dithebe said was made without legal intervention.
It also emerged at that BTO has nine months without a fully-fledged active Board. Dithebe revealed that out of the nine members who sat on the BTO board, five resigned and the remaining four members cannot form a quorum as per the BTO Act. The BTO Board is a governing body appointed by the Minister for Environment Wildlife and Tourism, tasked with providing guidance, direction and support at policy and strategic levels as necessary for management to discharge its duties as stipulated in the BTO Act.
Guma said the lack of a board may have led to corporate governance at the parastatal being compromised. “Contracts of five board members expired last year. The ministry has not appointed anyone yet as it says it is still looking for the right people,” revealed Dithebe.  BTO Chief Executive Officer, Dithebe therefore finds himself unable to undertake decisions which are subject to board approval.
Dithebe who took over from BTO founding CEO, Myra Sekgororoane back in December 2013 tendered his resignation last month amid reports of him being pushed out to make way for Khama’s blue eyed girl, Blackbeard. The outgoing CEO is currently serving his notice. 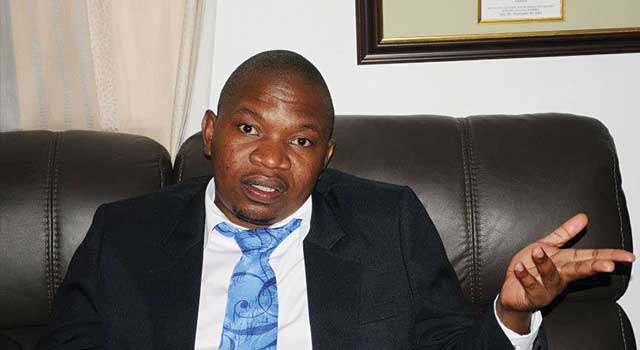