Basketball powerhouse, Troopers have won the Basketball Association League national championships. The team, which has been looking to reclaim their title all season after suffering a loss at the hands of their opponents Spartans last season, kept their eyes on the prize and walked away with medals and bragging rights this past weekend. The games were held at the new BNYC indoor hall in Gaborone.

The league secretary and Spartans’ player Peter Ubakar informed Gazette Sport that the league turned out better than they had expected as teams attended all their games and participated.
After being the first team in the tournament to proceed to the finals last week, Troopers emerged with a narrow 56-51 win against Spartans in the first game of the series before proceeding to take the title after a tough battle which saw Troopers win with a close 6 point lead in the final score of 64-58.

Having lost only one game in the league thus far, Troopers have stamped their authority throughout the tournament following a 19-match unbeaten run. Troopers coach William Nyangu shared with Gazette Sport that preparation was key. “We treated every game with the same respect no matter who we played. Another important element to our games was balancing the older and more experienced players with the younger ones so that no one gets tired or worn out. I used a total of 21 players throughout the tournament and that is a very large number but it worked out for us at the end of the day.”

Commenting on the team’s winning formula, Nyangu said “we had to step up our defense and block our opponents from scoring and not make it easy for them to score. We managed to contain the Spartans’ main scorer even!”

Meanwhile, in a thrilling game BDF V ladies escaped with a narrow 50-46 win against Police ladies in the first game of the series. BDF V ladies were set to win game 2 until Police ladies turned up the heat and thrashed the team with a 69-44 win in the second game. But the BDF V highfliers came back in top form during the third game and emerged the ladies champions after beating Police again with 66-59 points. 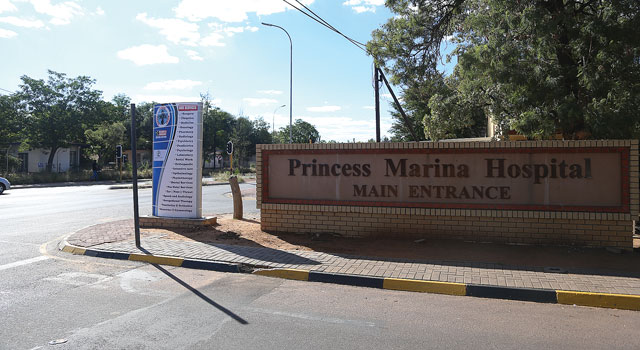