For the first time in history the University of Botswana (UB) is hosting non partisan Student Representative Council (SRC) elections. Today about 18,000 UB students will be going to the polls to vote for individuals not aligned to parties following a decision by the management to ban political activism.

Last week the students took UB to court for banning politics saying it infringes on their  right to freedom of association. This is after a student was arrested by the UB security last week for campaigning for  elections showing alignment to the the Umbrella for Democratic (UDC) according to reports.

Attorney Kabo Motswagole filed the notice of motion on behalf of student Setlhomo Tshwanelang against the UB and attorney Parks Tafa in his capacity as the UB Council chairperson. Tshwanelang is currently studying at UB and is also vying for the position of Secretary General in the latest elections.

However, yesterday the High Court Judge Justice Mothobi dismissed the application saying it was not urgent. Mothobi said the urgency was “self created” and that the applicants should pay the costs to the respondents. The High Court did not commit itself on the issue of banning of politics and today’s elections, are non partisan.

Tshwanelang told the The Botswana Gazette that he will still be contesting for elections under the party “Moono wa Baithuti.” He said even though he is disappointed that he did not win the court case he accepts the judgment. The Secretary General aspirant said after the elections they will then further review the UB management decision to ban politics. Before going to press this publication could not establish how the elections will be conducted and which parties will be contesting.

Information reaching The Botswana Gazette is that students who were aligned with UDC will use Moono wa Baithuti symbol, those aligned to BCP will use the Kgololesego symbol while the BDP inclined students will still be using the traditional GS 26 name without the symbol of the jack. There are also new kids on the block who will be contesting in the election,  including the United Students of the University of Botswana (USUB) and the Student Union Movement (SUM). These two are not aligned to any political party in Botswana.

BSE transformation in the offing 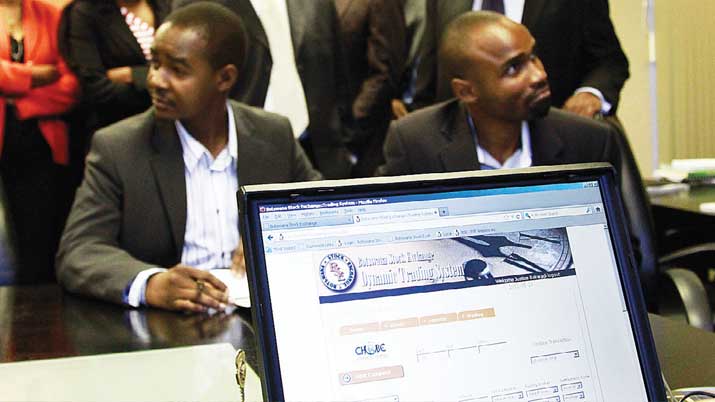