beMobile Premier League fixtures have rarely been hosted at the UB Stadium in the second half of the season.The stadium’s usage fees are believed to be the main reason why the stadium has been unavailable for league fixtures.Earlier this season reports suggested that usage fees had escalated from P10 000 to P30 000 for a single Premier League or cup match. The University of Botswana’s sports department has denied the reports and said they charge P15 000 per match and P20 000 for a cup final.

Raj Rathedi, the university’s sports and recreation manager,told this reporter that their prices have been conveyed to all league teams. He explained that the stadium is still available for league matches despite reports that the Botswana Premier League and UB’s sports management has had a misunderstanding over the stadium.“We do not have a problem with the Premier League. When availing the stadium we look at other activities, and whoever comes fi rst will get the opportunity to use the stadium. However,academic activities are given first priority; the stadium has been swamped with many activities and that is why it has been unavailable,” explained Rathedi.Most games featuring Gaborone based-sides have been played at the Molepolole Sports Complex. The BPL’s Chief Executive Officer, Bennett Mamelodi,told Gazette Sport that league sides prefer the Molepolole-based stadium because of its cheaper rates.

“Most teams want to use the Molepolole Sports Complex on a regular basis because they prefer to pay a percentage of the match day revenue as opposed to paying a fi xed amount. They are able to pay 25 percent of the gate takings,which represents a fair deal because most matches fail to make P15 000 in gate-takings because of low attendance,” said Mamelodi.The CEO explained that clubs cannot afford to use the UB Stadium because they struggle to draw large crowds on regular occasions 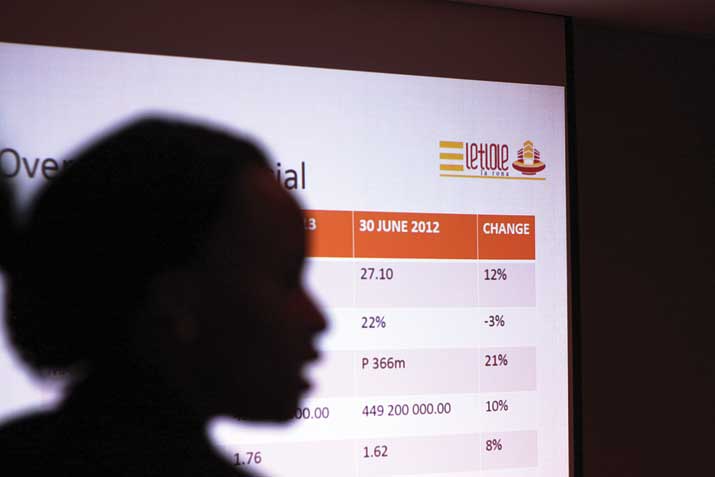