While their counterparts have built successful careers at the Botswana Democratic Party (BDP), former army officers who joined parties affiliated to the Umbrella for Democratic Change (UDC) do not seem to enjoy the same success.

Major General Pius Mokgware, currently Member Parliament (MP) for Gabane – Mmankgodi constituency, contested to wrestle the Botswana Movement for Democracy chairpersonship seat from incumbent Nehemiah Modubule at the recently held Gantsi elective congress, the members rejected him preferring to retain Modubule instead. Mokgware only served as the party’s Secretary of Defence and Security, and also as the UDC’s shadow Minister of the same portfolio.
Major General Moeng Pheto is another former army officer who upon leaving the Botswana Democratic Party after he was humiliated at the BDP primary elections for the Kopong – Lentsweletau constituency by Vincent Seretse joined the BMD. Prior to joining the BMD he had contested as an independent candidate for the constituency and was dealt a heavy blow by Seretse. He does not appear anywhere within BMD and UDC structures.
Brigadier Iphemele Kgokgothwane has had a colourful career with the Botswana Defence Force, upon retiring he joined the BMD and served in its National Executive Committee. Currently he holds no office in both the BMD and the UDC.  Efforts to reach Gilbert Mangole for comment were futile at time of press as his phone rang unanswered.

Nonetheless, Richard Moleofe is another retired military officer who had joined the BMD amidst much fanfare after he stopped his campaign as an independent candidate for Mogoditshane and supported Sedirwa Kgoroba, the current MP for the constituency. Moleofe has shown no interest to contest for any office within the BMD structures.

At the BDP however, former military officers have had immense success. Among them is the current President Ian Khama, the late Lieutenant General Mompati Merafhe who retired as a Vice President, Thapelo Olopeng who is Minister of Youth, Sport and Culture, Captain Kitso Mokaila who is Minister of Water, Minerals, Environment and Energy Affairs, and Brigadier Ramadeluka Seretse, former Minister of Justice, Defence and Security. Lieutenant Colonel Duke Masilo and Brigadier George Tlhalerwa both serve at the Office of the President. 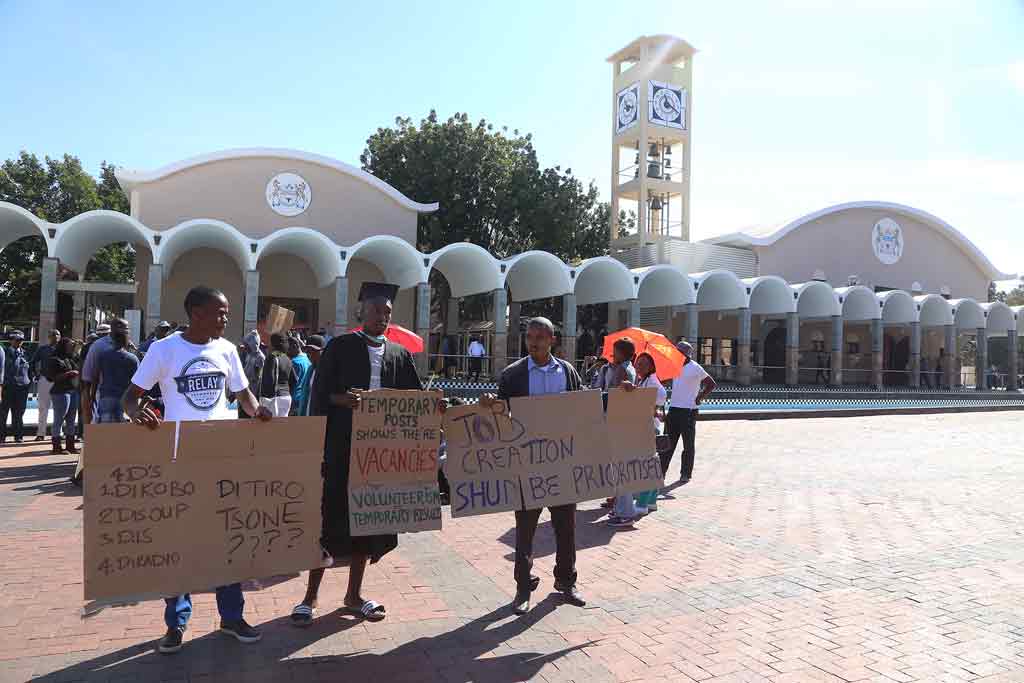