The two topmost presidential advisors, the Director General of DISS Peter Magosi and the Permanent Secretary to the President (PSP) Elias Magosi both of whom report directly to President Mokgweetsi Masisi, are first cousins, The Botswana Gazette has established.

This suggests that President Masisi relies for advice on two powerful offices that are made up of one family.
Concerns are that under the two cousins, the power of these make-or-break institutions is not separated, thus defeating the lofty principles of checks and balances which exist to ensure that absolute power is not concentrated in one place.

The greater part of the President’s decisions are directed, sanctioned or influenced by these two high-powered men. The PSP is the commander of all ground forces in the civil service and advises on his experiences with subordinate commanders while the head of the secret service advises and gives insights into how and why decisions have to be made in a certain way. Although the PSP is senior in theory, the head of the Directorate of Intelligence and Security Service (DISS) has in recent years proved to be a very powerful position in reality, a case in point is the way Peter’s predecessor, Isaac Kgosi, became untouchable under then President Ian Khama.

At a time when Masisi decided to fire Kgosi, it was then Carter Morupisi, then PSP, who engineered the decision that required perfect timing for getting rid of one as immensely powerful as Kgosi was. Had the situation been as it currently obtains, it would have been PSP Magosi engineering the downfall of his own cousin.

A policy analyst with the University of Botswana, Professor Keitseope Nthomang, says the matter should have been carefully thought out because it presents a lot of challenges to the system about how it operates or is supposed to operate.

“I know PSP Magosi as a man of integrity who is highly professional in all his engagements,” Professor Nthomang said in interview with The Gazette. “I know him as a fortress of moral rectitude. But as they say, family is family and I am sure sociologists can tell a better story.”

The UB academic added that it may have been an oversight or lack of foresight from the presidency to appoint key presidential advisors from the same family.

Magosi the PSP has himself confirmed to this publication that he and the man who heads DISS are close cousins but lost no time before delineating: “The Director General of DISS has his own mandate (that is) clearly articulated in the constitution and the DISS Act and I have my own mandate. As professionals, we advise the President in our respective capacities and do engage regularly owing to our overlapping positions. Socially we remain brothers and engage differently as we should.”

But UB don Nthomang noted: “In life public perceptions matter more than facts.” According to the academic, it looks a bit untidy and may at some point prove critics right as it may raise dilemma. Even so, Nthomang conceded that there would always be such challenges in Botswana. “It s a small country and everybody and everything is related to another,” he pointed out.
Nevertheless, some Permanent Secretaries who spoke to this publication on condition of anonymity said although the men may be qualified each in his own right, their appointment may have been a misstep by the presidency. They queried: Who do people report to if aggrieved by Magosi’s actions, inaction or anything administratively?

“Anything beyond Magosi the PSP is the President and many may not want to go this route,” one Permanent Secretary noted with concern, saying the two appointments could compromise the presidency and the two institutions. This is because heads of secret services occasionally fight with the ministries which are led by permanent secretaries. The DISS’s Magosi has in recent times been caught wrong-footed regarding abuse of office.

For instance, at some point he declared a Chinese construction outfit a security threat but no one there has been charged to-date. During the era of Ian Khama as president, there were concerns that the two offices were often at loggerheads for the president’s ear and over each other’s decisions, a development which many say was healthy. The two offices are supposed to act independently of each other, although they often overlap because they are too complex and interrelated to be neatly compartmentalized.

Spies all over the world are generally overzealous, which often irks senior public servants and breeds competition and conflict among these two institutions. There was talk recently that the Magosi at DISS was suspended following a series of blunders. So disturbed by the rumour was DISS that it responded to the matter through the presidency. For unknown reasons, the presidency – which is the employer – ignored DISS’s communiqué, fuelling more rumours that relations between the Office of the President and the head of DISS may be fractured. Magosi-DISS in an interview with this publication said ‘the suspensions and dismissal talks were just people’s fertile imaginations.’

The Magosis are not only immensely powerful. The PSP is the highest paid public servant and apparently even earns more than the President. The explanation is that he was already earning a good salary at his previous job from where he was recruited and the government had to make him an offer commensurate with what he was earning there.

“This means that this family now has power over the military forces, appointment of public officers, as well as ambassadors and many other institutions,” a source said, expressing concerns that more relatives and friends may soon crowd the public service.

According to some, this may well lead to corruption and arbitrary decision-making should the two become rogues because power can have the effect of mind changing drugs on some people. In the interview with Nthomang, the academic wondered whether Masisi has a close circle of private advisors. “He should have reliable old and trusted friends upon he can rely for advice because they have no interests to protect or an axe to grind,” he said.

Observers note that despite his long collaboration with Kgosi, Khama’s affectionate regard for his trusted personal lawyer, Parks Tafa, was seen by many as convenient backup.

Admittedly one of the sharpest technocrats that Botswana has ever produced, Magosi the PSP was recruited from the secretariat of the Southern Africa Development Community where he was Director of Human Resources and Administration in what was seen as a succession plan for disgraced Carter Morupisi who has since been sidelined after putting up a gallant fight for Masisi against the former president Khama.

He (Magosi thePSP) is known as a stickler for principle who once stood up to his boss, Minister Tshekedi, during the era of the Khamas. He accused Tshekedi of disregarding corporate governance and of running Botswana Tourism Organization singlehandedly. He would later inform the PSP that his relationship with Tshekedi had broken down irreparably. 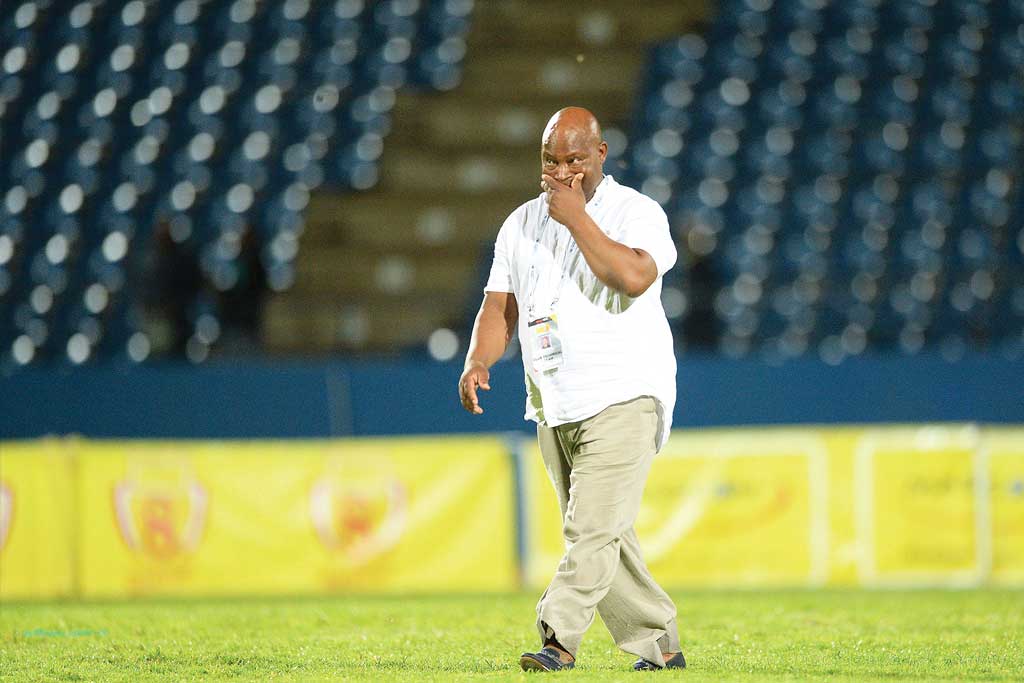