Distinct physical appearance, visual disability and susceptibility to cancer, myths and stereotypes, albinism is unpleasantly unique condition.
For Ofentse Serurubele, living with albinism has always been a challenge for as long as she could remember. She has had to endure derogatory names, such as “mpopi (doll), leswafe (albino) and lebone (lamp),” was shunned by other people all her life and has so far escaped two suspected murder plots. “People believe that living with albinism is a curse. They are ignorant of the fact that apart from our skin and sight challenges, we are just as human as everyone else,” she said, noting that it is very hard for people living with albinism to accept themselves because society and their families have never accepted them as their equals.

“A lot of parents are ashamed of their children who live with albinism; they hide them from the society, they are secluded in schools by both students and teachers and some parents don’t even acknowledge that they have a baby if the baby is living with albinism. Many of us are loners; we do not have friends because we are not accepted. Even if one has problems, they just bottle them up while they tear them apart.  People don’t understand that we draw our strength from them accepting us so that we too can accept ourselves,” she said.

“Living with albinism is not only a challenge to the person living with it but to their families and also to the society they belong to. Sometimes even leaving your home to either a social gathering or boarding on public transport becomes a nightmare. The first question you ask yourself as someone living with albinism when you get with other people is, ke a go bapa le mang yo ka sekeng a nkgetholole? (Whom will I sit next to who will not discriminate me),” she said as she narrated an incident in which a lady she boarded a taxi with squeezed herself in a corner so as not to be in contact with her. “Well I realized that she was afraid of me so I deliberately moved to her side so that she touches me. Honestly I did that so that she understands that a person living with albinism does not ‘colour” as some believe.

Serurubele, who is a teacher herself, said the students with albinism need special attention as they need to sit at a certain distance away from the chalkboard in order to see what is written. “They have to sit at least a one meter away. Thus it is important that teachers know their needs and cater for them in class lest they are regarded as slow learners or dull students.”
Serurubele, who is also the founder and chairperson of Tshimologo Association, an organisation of people living with albinism, revealed that some men sexually exploit people living with albinism. “Some of them say they want to experience how it is to have   sexual relations with a person living with albinism.  It is so sad because these are the people who know how people living with albinism are treated in the society thus take advantage of the situation and utter, “Ee tsamaya oye go repota . O ithaa o re go na le mongwe yo ka reetsang leswafe?”(Go and report. It’s not like anyone will listen to an albino.)

According to the September 2013 Report of the Office of the United Nations High Commissioner for Human Rights (OHCHR), Albinism is a rare, non-contagious, genetically inherited condition present at birth. In almost all types of albinism both parents must carry the gene for it to be passed on, even if they do not have albinism themselves. The condition is found in both genders, regardless of ethnicity and in all countries of the world.  Albinism results in a lack of pigmentation (melanin) in the hair, skin and eyes, causing vulnerability to the sun and bright light. As a result, almost all people with albinism are visually impaired and are prone to developing skin cancer. There is no cure for the absence of melanin.

Another common belief is that people living with albinism do not die, but vanish, a belief Serurubele said sometimes leads to the unknown deaths by community members of people living with albinism especially that some families are ashamed of them and would have kept them behind closed doors.
Corroborating Serurubele’s assertions on the sexual exploitation of this marginalised group, the OHCHR report states that, “Other frequent myths that threaten the life and physical integrity of persons with albinism include: that sexual intercourse with a woman or a girl with albinism can cure HIV/AIDS.”

According to an ophthalmologist at Eye Health Clinics Dr Wages Anifafi, the eyes of a person living with albinism are somewhat underdeveloped and because they have less pigmentation, they are sensitive to light. “They have shaky eyes and are also short sighted. That is why when they read they place the paper or book very close to their eyes,” he explained.  Thus Dr Anifafi said, people living with albinism ought to wear hats or caps and dark glasses to prevent their sensitive eyes from exposure to light and dark glasses to reduce the amount of light entering their eyes. He said by doing so, they will be reducing their chances of also getting skin cancer as they have complete or partial absence of pigment in the skin.

“Spectacles to them are a must have to ease the burden of seeing and so are sun screen lotions for their skins.”   He said it is thus important that people living with albinism have regular medical checkups especially of the eyes and skin to check for any problems which may need to be attended to. “They are very susceptible to specific health conditions, mainly dermatological and ophthalmic vulnerabilities and require higher levels of care and attention.” 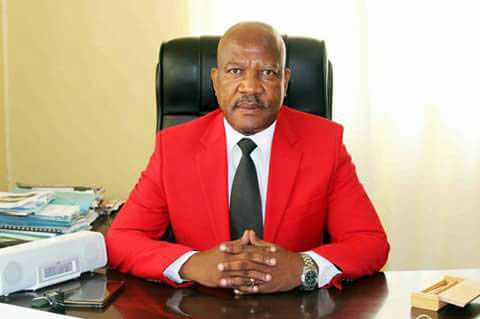