The murky world of Union Business

A Union insider has revealed how the labour movement’s involvement in business is riddled with questionable practices that advance the interests of union leaders often to the detriment of union members. The source who is a well known activist has revealed how union leaders have gone on international visits to negotiate personal deals and recieve kickbacks from corporate entities like banks that they enter into business relationships with on behalf of their members. The source alleges that union leaders, far from advancing the labour agenda, constantly jostle for positions so they can be well placed to benefit from kickbacks often to the detriment of union members. “Last year a trip to eastern Europe and Kenya for BOFEPUSU to benchmark on unions and business failed because union leaders could not agree on who had to go on the trip. Everyone wanted to go so they could cut deals that will favour them,” the source said.

It has been further alleged that the loan deals that Banks agree on with unions are not done to benefit the union members but rather to line certain union leaders pockets. “No research is ever done on the impact of these loan packages. They are only signed to enhance unions’ membership drive. That they further decrease the spending power of unions is never taken into consideration,” said the source.

He added that some leaders even go as far as getting benefits from the banks they work with. One of the banks that deal with unions this past week rolled out a series of loan packages for teachers. The revised packages enable unsecured loans of up to P300 000 payable over 5 years at around P8000.

Allegations of stays in expensive hotels abroad while deals are being cut have been made by different labour activists. It is alleged that some union leaders (names withheld) were entertained by a locally based bank that wanted to do business with the union in London in 2012. It has further been established that a rival bank entertained the same group in Mauritius with a counter offer.

“The result was that the wrong deal was signed that excluded a good number of union members because they did not meet the necessary threshold. So because of this corruption the members were sold short. Those who qualified got expensive loans while others did not even qualify for any loan,” said the source.

The Botswana Gazette has established that some unions (known to this paper) get as much as five percent of the sum of loans taken by their members through direct deduction by unions. These monies in addition to subscriptions by union members run into millions of Pulas. Unions were last year criticised by both president Khama and the then Minister of Labour and Home Affairs Edwin Batshu of not keeping proper books. The Botswana Gazette has further established that most unions have not been auditing their books as required and in the process have failed to account for some of the money made from these deals. It is understood that union leaders are forever jostling to position them selves to benefit from union employ which in most cases pay well.

The investment made by unions are usually run by former unionists who have little or no experience at all in running enterprises of any kind leading to wastage and losses. Investigations show how one veteran unionist earns around 65 000 pula per month though his professional function in the union that he works for allegedly remains unclear. Botswana Sectors of Educators Trade Union (BOSETU) Publicity Secretary Solomon Batsietswe has dismissed allegations that there was malpractice in the way unions, at least BOSETU, conducts its business.

“We are involved with our current partner BancABC because during the civil servants strike of 2011, they were the only ones willing to assist our members with loans. No other bank was willing to give teachers more than 30 000 pula except for BancABC. They could give even an entry level teacher up to 100 000 pula. There was no corruption, we were simply looking out for the interest of our members,” Batsietswe said.

On allegations that the deals were getting teachers into debt Batsietswe said some members did not do things as agreed.

“The agreement was that those who wanted loans should declare all their debts so they could be cleared. Obviously some did not do so and they ended up with too much debt. That is not the fault of BancABC or BOSETU, regrettable as it may be,” Batsietswe said.

Who will scoop Thapong Artist of the Year Award?

The murky world of Union Business 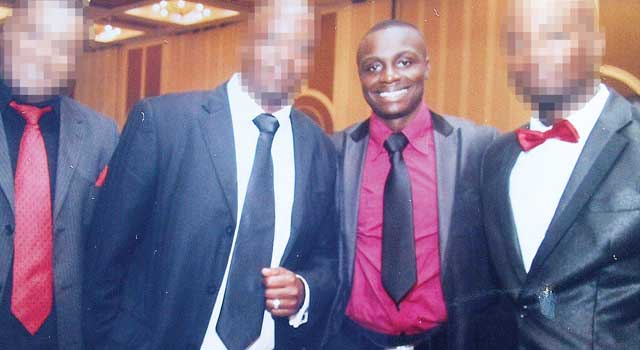