Botswana Labour federations have stated satisfaction with the outcome of the general election which saw opposition parties acquiring more parliamentary seats than they have ever had in the history of the country. The results, according to Botswana Federation of Trade Unions (BFTU) Secretary General Gadzani Mhotsha show a huge difference from the 2004 and 2009 general elections respectively. “Contrary to what some people have been saying, Batswana are able to make decisions about their future. Their voting showed protest on the situation that they have been complaining about. The electorates sent a clear message through their votes.” He explained that through their voting, the electorates did not only send a message to the Botswana Democratic Party (BDP) but also that their preference is based on a united front or coalition. On whether the elections were free and fair, Mhotsha maintained that the electorates went to vote with absolute freedom and that they were excited to cast their vote. “ However, while one may say the election were fair, what is questionable is the degree of fairness, particularly with regards to access of resources by different parties,” he explained, adding, “while opposition parties struggled with resources the Botswana Democratic Party had access to many resources including those of state,” citing the controversial use of the Botswana Defence Force (BDF) helicopter by President Ian Khama and other BDP activists to attend their party’s rally in Gantsi as one of them. “That was grossly unfair to other political parties because while the President can use the helicopter, the problem arises when members of his party also become presidents, enjoying his (president’s) benefits as well much to the advantage of the BDP.” Mhotsha however criticized the Maun incident where President Khama and BDP campaign manager Alec Seametso attacked Batawana Paramount chief, also Member of Parliament for Maun West Kgosi Tawana Moremi saying it gave Botswana politics a bad name. With regards to a court case in which the Attorney General is challenging the constitutionality of Standing orders, much to the delay of parliament business to resume, Mhotsha said it was regrettable. “Both AG and BDP have always known about the standing orders and had time to change them then. Why is the nation held at ransom now that the standing orders seem not to favour them? The BDP should just sort out their problems and leave everybody out. What they are doing is unfair to the nation and the tax payer.” Sharing the same sentiments Botswana Federation of Public Sector Unions (BOFEPUSU) Secretary General Tobokani Rari observed that the elections went well and that as BOFEPUSU, they can claim a share in the performance of the Umbrella for Democratic Change. “ This is because for the first time the opposition performed the way it did because of BOFEPUSU’s support, public servants voted en masses” he explained, stating that their input can be attributed to the downfall of some BDP candidates like Daniel Kwelagobe and Patrick Masimolole who were in their ‘hitlist’. “We claimed more than half of the people who were in our hitlist.” Rari also said it was unfortunate that the country was held at ransom by BDP problems. “If this was not an internal feud in the BDP, the nation would not be in this state. A political party problem has been elevated to be a national problem because of the party’s factionalism This is unacceptable” he stated. 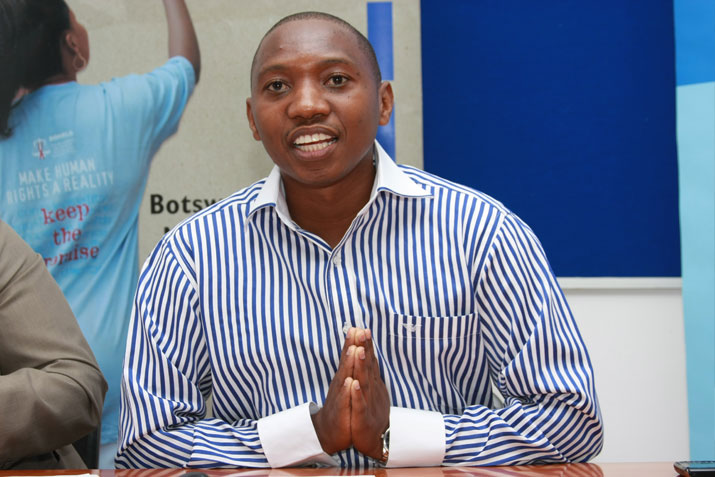