University of Botswana (UB) Student Representative Council has come out to accuse the Minister of Education and Skills Development (MoESD) Dr Pelonomi Venson- Moitoi of misleading Parliament and nation at large assuring that the Ministry has managed to source funds for progression sponsorships while in actual fact the students are being rejected at the Department of Tertiary Education Financing (DTEF).

Interviewed by The Gazette, UB SRC Secretary General Malumbela Gombalume said on the 9th of August, Venson- Moitoi “alluded that her ministry has managed to source funds to sponsor progressing students and continued to assure the nation through Parliament that repeats will not be covered except in exceptional cases of final year students with a record of good performance in preceding years.”

Gombalume said the Ministry is doing the opposite of what the minister said as students who were said to be eligible flood their offices daily with rejection letters. He said the huge number of rejections shows them that the announcement made DTEF in June still stands. He said the issue,  together with that of book allowances are top in their reasons for the class boycott at the institution last week. Other issues include living allowance and closure of the 411 bar.

DTEF had announced that “for the 2013 Placement Cycle; repeat, retake, reinstatement and re-sit sponsorships will only be granted to completing students who have not benefitted from the same before: those left with no more than two semesters to graduate. This does not include students who sat for their final examinations in April/ May 2013 and failed some module.  Progression applicants have been deferred to the next sponsorship cycle. Assessment of applications will be done in line with sponsorship guidelines. However, those who have already applied and qualify will be given priority when progression sponsorship is granted.”

Minister Venson-Moitoi earlier this month told Parliament that they are not aware of any students turned down by the Ministry on account of inefficient funds. As far as they are concerned all of the above categories of students are being sponsored. They have undertaken to investigate reports that officials at the Ministry have been refusing some qualifying students sponsorship

Gombalume further challenged all youth from all political divides, churches and all organisations to “merge with one voice on principle to push down the drain any form of misrule no matter what it will take.”

Gombalume further said that they have suspended the boycott,  not because of the statement issued by the ministry threatening to terminate sponsorships for all students partaking in the boycott, but because they were told the minister was on a weeklong leave. He said they will be meeting the minister today (Tuesday) and if it does not yield positive results, the boycott will resume.

Contacted for comment, DTEF Director Marcus Maedza dismissed allegations that they are not assisting students; he said about 90% of UB applications have succeeded. Maedza said not all applications could be successful noting that some failed due to late applications and students applying before they are eligible. He further said it was likely that the targeted number of sponsorships will not be reached as most institutions registration deadlines have passed. He said they will keep on assessing applications for next intakes.

UB SRC recently called upon students not to purchase books from the Books Botswana bookstore until further notice. The SRC argued that they were surprised that the UB management and the MoESD had silently gone behind their backs and credited the book allowance in their identity cards while the negotiations were still yet to be concluded.

UB SRC and those of other institutions following the meeting agreed that they want their monies deposited in their FNB accounts except BIUST and Flying Mission who said it would be difficult to get prescribed books outside their school. The Ministry issued a press release last week announcing that they are currently studying and analysing the recommendations from the SRC executive with a view of coming up with an informed and sustainable solution. 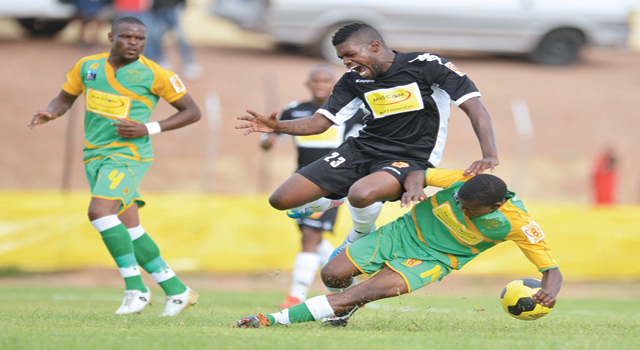