A year Kutlwano will never forget
It was a long and bumpy season for Kutlwano, but men’s coach Dopp Popo and womens’ coach Isaac Samuel soldiered on and led their teams to victory in the year 2014. Both teams pocketed P100,000 each while the coaches and players also smiled all the way to the bank. Dopp and Samuel were voted best coaches for their exploits in the men’s and women’s teams and won P2,000 each. Tabaka Mothudi pocketed P3,000 for the coveted MVP award, P2,000 for Best Server and another P2,000 for Best Attacker award. His team mate, Tiyapo Madeluka also pocketed P2,000 for the Best Setter award.

The Kutlwano ladies team was not to be left behind, as Tebogo Sejwe and Sesha Matswiri won P2,000 each for Best Server and Best Setter awards respectively. Kutlwano won eight individual awards in total.

However, it was not smooth sailing for the ladies team as they at some point found themselves in mid-table after starting the season on a low. But they rose to the occasion and took the lead on 14 June. The ladies team regularly exchanged the top spot with Kalavango and Mafolofolo, but they made sure to touch the finish line first. Pundits believe the return of Tracy Chaba from Algeria boosted Kutlwano’s play as she brought in a lot of experience and skill. Kutlwano claimed the league title after bagging 34 points in 12 games. They are currently participating in the Zone 6 championships after winning the Capital Motors tourney.

Kutlwano chairman Kagiso Meswele was a happy man during an interviewed with Gazette Sport a day after his team swept all the Mascom Volleyball awards.
“We decided to up our game after failing to win the league in 2012. We lost a lot of players at the time but we managed to build a comprehensive team. It’s been an uphill battle ever since but we persevered,” he said.

Dark horses Diphatsa rise to claim victory
The going has not been easy for Diphatsa ever since they were dumped by their sponsor, Botswana Defense Force (BDF). They were also forced to move out of the Francistown Donga BDF camp and later lost key players to competitors. Undeterred, Chairman Rex Rabanyo mobilized a strong team of players and administrators and managed to beat the odds. Through hard work and determination, Diphatsa were crowned champions of the Capital Motors Tournament ahead of favorites Kutlwano, Police and BDF VI, which earned them at place at the Zone 6 Championships in Mozambique.

A bad year for Tanians (men) and Spiking Stars (women)
Serowe side Tanians were the worst performing team in 2014 after failing to win just one of the 22 games they played. The team finished the league with only three sets in their favor and 63 against them. With 19 points, Tanians were 45 points behind champions Kutlwano. Tanians coach Mokwadi Stoan Mekgwe blamed his team’s poor showing on lack of sponsorship which resulted in loss of quality players.

“Many of our players deserted us and went to play in the constituency tournament because they were looking for quick cash,” he said.
The Spiking Stars ladies team was also counted among the year’s big losers after finishing the league without a single win. They finished the league with 10 points after 10 games and a worst ever record of 30 points against and four points for. 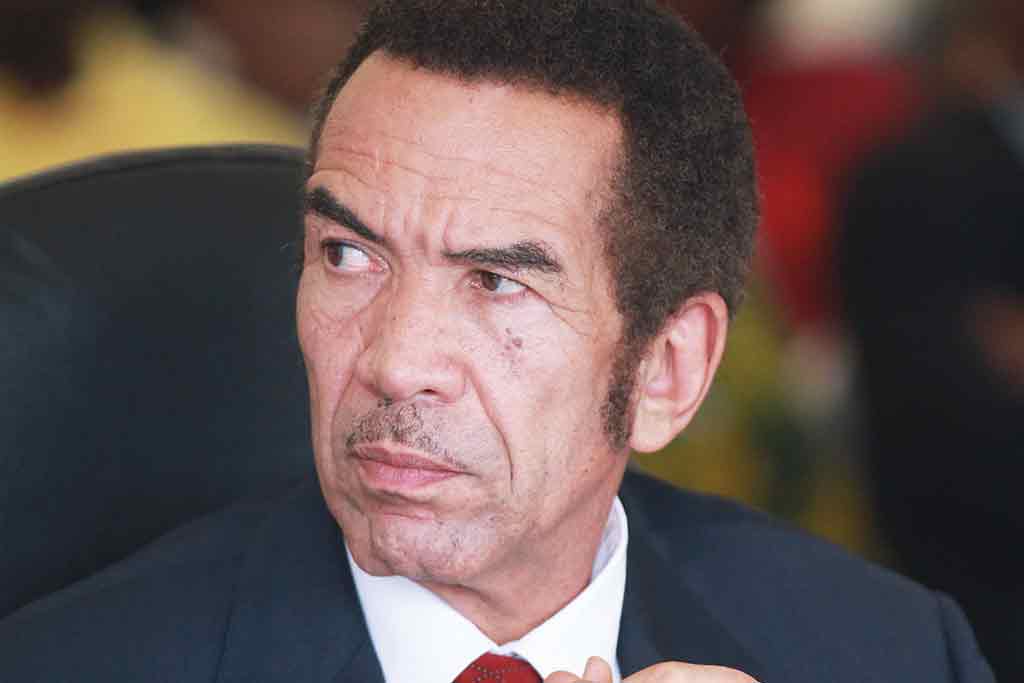