The Minister of Health, Dorcus Makgato, has revealed that they are experiencing a challenge providing medication for some conditions. She affirmed that of late they do not have the Blood Pressure (BP) tablet because it is no longer available where their supplier bought it. Makgato was addressing a Kgotla meeting in Tonota recently, just a few weeks after the president visited the village and promised the residents that he would order Makgato to address them on what issues they have regarding her ministry.

“We are experiencing a challenge with the BP pill, it is a mixture of different pills all rolled into one, but now it is no longer available at the supplier. But, I have discussed with the relevant people within the ministry and asked them to change it as we no longer have a supplier and find an alternate one. There is is an option to find another one for the same condition maybe even a better one, so in the meantime we are working on that and we have the money, I am just waiting for them to alert me that they found an alternative medication and we will buy it,” she revealed.

She encouraged Batswana to always be optimistic when such eventualities happen and she applauded those that bought the pills for themselves when they could not find them in the clinics. Makgato pointed out that the pill costs only P12 each and encouraged his audience to desist from taking traditional medicine. “Batswana should consider continuing to help the ministry where it is challenged by buying their own medication where they can and she emphasized that they are also helping themselves.

“I have set aside an emergency budget line. In a situation where patients need medication and it is not available, health personnel should take the government vehicle, and with those funds, go and whatever medication the patient needs. People should not be turned away because medication has not been delivered from Gaborone. This I think will improve the situation,” she indicated.

Makgato highlighted that she and her team at the ministry are working round the clock to ensure improved service in all aspects, also revealing that she recently arrived from Geneva where she raised US$28.6 000 from the Global Fund. She also revealed that as the Minister of Health, she has a P1.8 billion budget which she believes gives her leverage to dictate terms to suppliers. “If it means partnering with other countries and deciding on who should produce which medication, and then buy from each other at reasonable prices, so be it. Instead of buying expensive medicine from suppliers, we can come together as countries and manufacture our own pills and distribute them among ourselves, because we have the money and it is in our control, it is possible to produce for ourselves instead of settling for expensive products,” she said.

She, however, acknowledged that it was not going to be easy. She later visited the Area W Clinic in Francistown where she told the patients that, her presence is an indication that there may be problems experienced which end up compromising the service they get. She pleaded with them to give her a chance and allow her to do her work to find solutions to the problems she has learnt and seen. 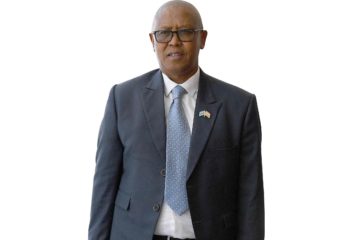