Following a push from Members of Parliament and the public on issues of compensation for ploughing fields taken by government, the Minister of Lands and Housing, Prince Maele has finally resolved to review the compensation guidelines to weigh whether to increase money given as compensation or give a piece a land to those whose land has been repossessed. He revealed this at a Kgotla meeting recently.

“I have instructed my Ministry officials to look into the compensation guidelines to see how they can be improved,” he explained.
“Members of Parliament as well as the public have long been complaining about the way things are currently being done. They have raised complaints that the funds given as compensation are too little to help those who are giving up their ploughing fields.”

MPs have suggested that people be given a piece of land from their ploughing fields as land is more valuable than anything and I recently called a leadership forum where we discussed all these issues, Maele reiterated.

He said that he notified legislators that Batswana have raised complaints over the issue of land compensation and that they should therefore go and look into these guidelines to see how to best resolve them.

Maele also cautioned those who fail to develop their plots within the specified time saying they will soon take steps against them.  “There are some people who have been given land and yet fail to develop it. Residential plots should be developed within five years of allocation. I have therefore started an initiative to take land from those who are not developing it within the specified period. The land will be given to those who are ready to develop and use it because some people get land and leave it for decades without any developments in it, while some Batswana are desperate for land,” he said, noting that those people will be given some time to put their things in order, following which, a hearing will be called for those who have failed to meet the deadline for developments. As for those who would not have any valid reasons as to why they have not been able to develop their plots within the specified period, he said that their land will be repossessed and given to more deserving candidates.

Botswana - a haven for forced labour & sex trafficking – US Report 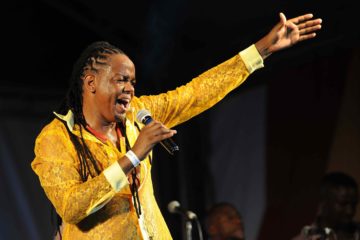