While Botswana has built a whole economy around the extractive industry to much praise, the weak mining regulation is said to be failing to hold miners to account.

According to a new study, ‘The Review of Legislative and Policy Framework for Mining in Botswana’ presented by Sennye Obuseng of PR Executive Consulting, the Mines and Minerals Act of 1999 along with supporting legislation do not take the rights of communities into consideration.
The research suggests that communities have remained subject to exploitation by mining activities taking place in their vicinity. Obuseng told the Third Alternative Mining Forum recently that while mining legislation is generally conducive for efficient exploration and exploitation of mineral resources, “mining legislation does not explicitly recognize communities as stakeholders.” He stated that the fact that communities are not empowered by the law to directly engage with those who mine in their land puts the community at the losing end of any mining activity.

Obuseng said the mining community has always bypassed communities to engage authorities whom they can influence in their favour.
The study showed that the legislation, while investor friendly, does not give mines solid responsibility to communities and the environment. It highlighted the lack of responsibility to the environmental damage done by the activities. “Mining regulation is weak on reclamation, mining activity damages the environment, so reclamation is about trying to restore during and after the mining activity, trying to restore nature as best as possible to where it was before the mining activity,” he saod. Obuseng observed that the situation is not helped by weak oversight provided by government due to lack of manpower, a situation which opens up the law to further exploitation.

He cited the Selibe Phikwe area where copper and nickel mine, BCL has been operating for more than three decades, as an example. Obuseng said there is massive damage to the environment and the livelihood of the those living in the area. “I keep referring to the external costs of mining, if you see what has happened to the Motlouts River, what is happening to the vegetation around Selibe Phikwe, what’s happening to the water resources in Motloutse, Sampoane and Letlhakane, you’d see how serious these external costs can be, and they are borne exclusively by the communities and not the mines,” he said. He said mines are not doing reclamation around the rivers nor are they compensating communities for the dire strain put on their livelihood by the long periods of mining.

Illegal sand mining
The study also touched on the contentious issue of illegal sand mining which is taking place around several riverbanks across the country. On the regulatory framework around sand mining, Obuseng said; “the primary legislation is silent on the abuse and theft of this resource.”
He stated that as sand continues to be a key element in some minerals processing and other uses, the risks to the environment has continued to grow. Referring to the Auditor General’s report, Obuseng observed that irreparable damage is being done to river systems which degrades the channels thus affecting plants and animal life, and by extension the communities living close to the rivers and areas where the resources are mined.  He warned that should mining regulation continue to be oblivious to the growing threat of illegal sand mining, the country’s already compromised water resources are at risk. Obuseng said the only way that Botswana can give its communities greater benefit to the mining activity happening around them is to change the mining regulation. He called on the government to become signatories to the United Nations Ethical Trading Initiative (UNETI) which would compel mining companies to engage with communities in a fair manner. He said UNETI would also force government to be more open in mining dealings and encourage community benefit from the activities taking place in their areas. He further called for increased monitoring and observation of mining companies operating in Botswana by the Department of Mines to ensure that they do not leave both the communities and the environment high and dry at the end of their resource exploits. 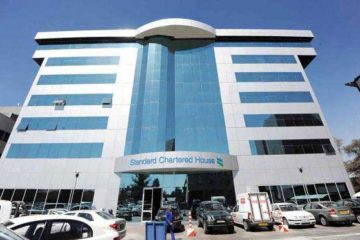