Who will take the bemobile Premier League?

The race for the beMobile Premier League title continues to heat up as the top two clubs dropped points this past weekend. Township Rollers and BDF XI both recorded draws this weekend while other title contenders closed the gap on the leading pair. This season’s title race is widely regarded as the most competitive in recent years given the points difference between the top four clubs.
Rollers currently lead the league table with 46 points, followed by BDF XI with 45 points; Gaborone United currently has 44 points while Mochudi Centre Chiefs have accumulated 41 points. In the past two seasons (2011/2012 and 2012/2013)

Township Rollers
Madinda Ndlovu’s side began the league on a bad note after losing their first two games. Though they suffered defeats against Extension Gunners and Motlakase, they went back to their winning ways in the following weeks and managed to mount a serious title challenge for the first time in two seasons.
Popa are currently on a 20 game unbeaten run that stretches back to September last year; their unbeaten run has enabled them to maintain their lead at the top of the table. The appointment of Ndlovu as the club’s head has proved to be a masterstroke so far and  the Zimbabwean tactician has added a winning mentality to a club that had been displaced by Magosi as the kings of local football.
The club’s signings have also been instrumental in the title chase, with the likes of Leutlwetse Tshireletso and Motsholetsi Sikele having contributed to Popa’s impressive form. Leutlwetse, alongside Oscar Ncenga, has become the cornerstone of Mapalastina’s rock solid defence. Sikele has added an attacking dimension to Rollers’ midfield, a feature they have lacked in recent season. He has weighed in with five league goals
The defensive duo has conceded the least number of goals in the league and has tied with BDF XI in that statistic. Goalkeeper Mwampule Masule’s form has also aided his side’s title chances, the shot stopper has become a reliable player and a commanding figure this season.  Meanwhile, Popa will take on their city rivals GU  next week in a heavyweight clash that could prove to be significant in the title race.
Recent form: D W D W D
Next fixtures: vs Notwane (16 March), GU (19 March), Motlakase (22 March), BMC (29 March)

BDF XI
The Mascom Top 8 winners have built on last season’s league form to stand alongside the title chasing teams. Last season they mounted a late surge up the league table but only managed to obtain third place.
Matebele would have been the current league leaders but their six point deduction has displaced them from the summit allowing title rivals Rollers to capitalize on BDF XI’s misfortune. Zambian tactician Elijah Chikwanda has managed to maintain the work done by his predecessor, Letang Kgengwenyane.
Chikwanda has added a more attacking philosophy to the club and they have remained in the hunt for a league title that has eluded them for almost 10 years. Club captain Mokgathi Mokgathi is the club’s leading goal scorer with seven goals and his goals have been vital in his side’s quest for league honours.
Saukani Zulu and Kumbulani Madziba have also weighed in with four and five league goals respectively. The club has also needed the help of different scorers from different positions; Boitumelo Mafoko and Otlantshkela Mooketsi have each scored two goals this season. Matebele’s ability to produce goal scorers from numerous positions on the field is an advantage they enjoy over their title rivals.
Recent form: L W W W D
Next fixtures: vs Police XI(15 March), Tafic (22 March), Extension Gunners (29 March)

Mochudi Centre Chiefs
Defending champions Magosi are facing the prospect of losing their grip on the local football throne. The champions have been inconsistent this season, with their disastrous form having led to the departure of Serbian coach Dragojlo Stanojlovic who has since been replaced by Mike Sithole . Magosi are in danger of finishing the league empty handed if they fail to catch up with their title rivals.
Ironically Magosi had started the league in emphatic form after recording seven consecutive wins but that proved to be as good as it got for the club as they then started descending while other clubs began peaking. The Kgatleng giants have not won in their last four league games and this has complicated their hopes of retaining their title.
Magosi’s off season signings Onalethata Tshekiso, Lemponye Tshireletso, Patrick Lenyeletse and Bonolo Fraizer have been inconsistent this season. Last season the quartet had  scored a combined tally of 62 goals at the end of the season but this term their individual and collective tallies have been disappointing.
Recent form: W D D L D
Next fixtures: vs BMC (14 March), Police XI (22 March), Tafic (29 March)

Gaborone United
Moyagoleele are only two points away from the league leaders, with analysts having argued that the club could have been at the top of the league had they turned their numerous draws into wins. The club has also been rocked by instability that stems from the tension between the management and the coaching staff. GU’s head coach Major David Bright is undergoing a suspension pending internal investigations.
There are rumours of a rift between Bright and some senior members of the playing staff.  The rumoured friction would surely dent the club’s unity and eventually affect their performances, analysts believe. Moyagoleele have recorded eight draws this season and most of those draws have come against sides they were expected to beat.
GU’s attacking department has also been inconsistent; none of their strikers have surpassed the five goal mark in the league so far. Wingers Mandla Mgadla and Kgololo Kgogobi are the club’s leading scorers in the league; Mgadla has five while Kgogobi has six. The wingers are in top form and they look set to carry their team’s title hopes in the next few weeks. Next week Wednesday they will face Rollers to avenge their Mascom Top 8 elimination and possibly reduce their rivals’ lead.

Who will take the bemobile Premier League? 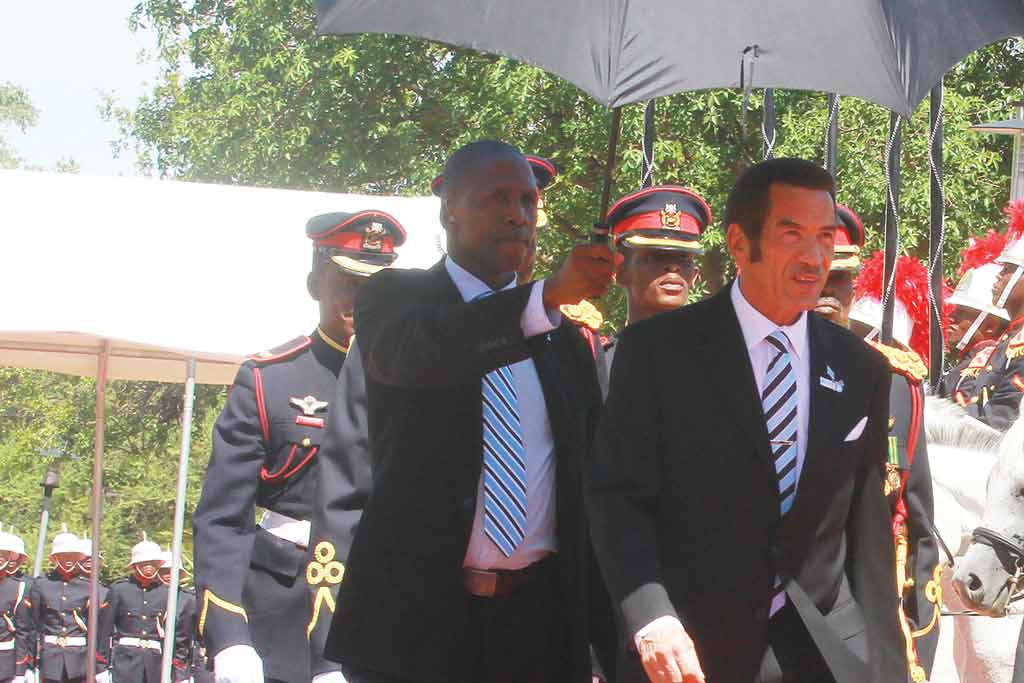