The outbreak spelled doom for African tourism with SafariBookings.com, the largest online booking site for African safaris, September 2014 survey of more than 500 safari operators showing up to 70% decline in bookings. Despite East and Southern Africa being far from the epicenter of Ebola in West Africa, the regions have seen cancellations in bookings and a marked reduction in tourist numbers.

Wilderness Holdings Limited is the holding company for the ecotourism brands of Wilderness Safaris, Wilderness Air, and Wilderness Collection among others. It operates some 45 safari camps and lodges, and 10 scheduled overland safaris in Botswana, Congo (Brazzaville), Kenya, Namibia, Seychelles, South Africa, Zambia and Zimbabwe.

The company, which recently adopted the IFRS 15 accounting policy, registered a restated revenue growth of 12% to P945 million. Bed nights sold increased by 11%. About 5% of revenue growth was derived from net currency movements. 88.9% of revenue derived from travel experience (bookings, transfers and accommodation), and 8.1% came from service fees while the remaining 2.8% was contributed by other revenue sources. South Africa contributed the most revenue followed Botswana, Namibia and the Zambezi in that order. The America’s topped the revenue source market by contributing 50% of the revenue followed by Africa and the Middle East at 24%, Europe and Asia at 23% and Australasia at 3%.

EBITDA (earnings before interest, taxes, depreciation, and amortization) margin improved from 17.9% to 19.2% and operating costs, according to the company, were well contained with only a 5% increase despite growth in available bed nights, continued investment in information technology and a 35% increase to P8.3 million in share-based payments charges.

During the year under review, the company invested approximately P99 million in capital expenditure and this went towards camp refurbishment, vehicles, new camps, and aircraft replacement. The company also issued 882 451 ordinary shares and following this issue, Wilderness Holdings now has 231 882 451 shares on issue as at 28 February 2015 and the weighted average number of shares in issue for the year was 231 588 301 (2014: 231 000 000).
A final gross dividend of 15 thebe per share was declared and is payable on or about 25 June, 2015. 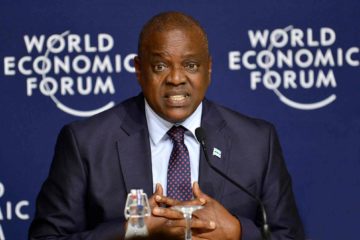