Ayear long investigation by The Botswana Gazette has revealed how the Wilderness Safaris Group, a major multinational tourism company has set up a web of shell companies in controversial and secretive offshore islands with low tax regimes where it has little or no genuine operations, writes STAFF WRITER
LAWRENCE SERETSE.

The European Union has stated that secret offshore shell companies trigger a public outcry for being, more often than not, a shelter for tax dodgers, warmongers, drug and arms traffickers and the criminal underworld that want to hide illicit funds from authorities since they thrive on a system of financial secrecy. Infamously, Gaddafi, Mubarak and Ben Ali had their accounts frozen in the most famous of all tax havens; Switzerland.

President Ian Khama owns shares in Baobab Safaris, Seba Safaris, and Linyanti Investments. These three companies are major subsidiaries of the Wilderness Group, of which the chairman is the President’s lawyer and confidante, Parks Tafa. His nephew, Marcus Ter Haar, sits on the board of directors.
Investigations have unearthed that Wilderness owns 35 subsidiaries, some of which are shell companies where there are no physical offices, employees and any day-to-day operational activities.

Importantly, ownership of companies in tax havens does not suggest illegal activity. The tax haven of Bermuda has a legislative requirement that details the criteria of formation of an exempted limited liability company in Bermuda. This document details that foreign owned companies are entitled to apply for an undertaking from the Bermuda government for an exemption from tax on payment of a US$170 fee.

“Apart from the above, there are no fees or taxes payable in Bermuda by the exempted company,” read a part of the Bermuda registrar of companies’ documents.
“We offer wealth protection, tax reduction, cross border investment and Bermuda is not party to any double tax agreements,” the document read further.
The 2013 tax avoidance scandals in Europe and the United Kingdoms (UK) by Starbucks, Google, and Amazon caused all three multinational companies to revise and reconsider their tax structures, including the use of tax havens and other tax avoidance schemes.

Asked to explain if President Khama was aware of the reputation concerns relating to the use of tax havens, his Senior Private Secretary, George Tlhalerwa stated that Khama was a shareholder in the company in his individual capacity and not as the President.

“He made an investment long before his tenure as President. Remember that he holds three personas; that of President, party president and a private individual so these transactions and business dealings have nothing to do with the  presidency,” Tlhalerwa briefly attempted to draw a line between Khama’s private business and public office.

Dubious directors and addresses
Records extracted from the Bermuda Registrar of Companies by The Botswana Gazette indicate that The Wilderness Limited Company’s physical address is merely a post box address. The company conducts no business operations within Bermuda or abroad.
Inexplicably, the company has three nominee directors, two of whom are also directors to thousands of other companies domiciled at the same address; Clarendon House, Church Street, Hamilton HM 11, Bermuda. Thousand other companies are also registered to this address.
The International Consortium of Investigative Journalist database, ‘Offshore Leaks’ has revealed that the nominee director for The Wilderness Limited Company, David G Cooper is also a director in 24 other companies said to be registered to the same address.
Company records indicate that another director, Enerst A. Morisson of Wilderness Limited Company in Bermuda is a nominee director in more than 15 other companies in Bermuda on the same Clarendon House, Church Street Hamilton HM 11 address.
These two directors are also nominee directors in over 1000 other companies.
Questionnaires sent to the Bermuda Registrar of Companies drew a blank since the country has no requirements for companies to publicize their incorporation, and no regulatory pre-approval is required.

NO STAFF MEMBERS
In its 2013 annual report, Wilderness listed a number of its subsidiaries and the number of employees engaged. In Botswana it listed 1005 employees in all its facilities and the rest of Southern African countries where it operates but the Bermuda company listed no employees but continues to be listed as a significant shareholder in the Botswana Stock Exchange quoted Wilderness group.
Also, in the same annual report, the company listed a number of lease agreements that it has entered into with countries like Zimbabwe, Zambia, Namibia and South Africa for tourism concessions but the Bermuda company has not indicated any lease agreements with the Bermuda government for tourism and travel business purposes.

The report shows that amongst its shareholders, the tax haven based shell companies comprising of The Wilderness Company in Bermuda, New Wilderness Holdings in Mauritius and Norisco in Luxembourg have no employees and organizational operational activities. They also have no camps, safaris and hotels doing genuine business except for an island resort managed by Norisco Holdings in Seychelles. In addition, both Bermuda and Mauritius have no Corporate Social Investment (CSI) projects listed in the local Wilderness reports from 2006 to 2014.
For their part, Gaborone based Wilderness Group company secretary, Sydney Mganga, said that the Bermuda subsidiary was the Group’s overall holding company before it was restructured in 2005 and now operates the Group’s self-insurance fund.

“The Group owns 20% of an associated company, Norisco Holdings SA, registered in Luxembourg.  This owned North Island Company Limited, the operating company for North Island camp in the Seychelles, was sold in 2010.  Following that disposal, Norisco Holdings SA is in the process of being de-registered,” explained Mganga, further stating that these were all operating or holding companies and were not used to minimize tax in Botswana.
He denied any investments in the Seychelles or Mauritian companies but their 2010 annual report indicates that: “New Wilderness Holdings Limited is an investment holding company registered in Mauritius (Registration number C2/04/04519) through which certain of the executive Directors hold their interests in Wilderness Holdings Limited (the Group).”

The Organization for Economic Co-operation and Development (OECD) listed Bermuda, Mauritius, Seychelles, Luxembourg, Switzerland, and British Virgin Islands among the top ten obvious tax havens. Bermuda, the Cayman Islands, and the Bahamas for example, have a tax rate of zero percent and top the most secretive in the list.

The Tax Justice Network and other international organizations have stated that the problem arising from tax havens is that with “their wealth offshore, elites in developing countries have little incentive to push for better governance at home”. They state further that this creates a difficulty when “… well-intentioned reformist governments take power, they might find that the money needed to improve public administration remains in the hands of the rulers they replaced, hidden behind anonymous trusts in secret bank accounts.”
The Stanley Tollman saga and Tax  scandals
The Tollman family owns Travel Corporation.  Wine Investments Limited, a subsidiary of Travel Corporation holds the largest stake in the Wilderness Group. Gavin and Michael Tollman, nieces of the Tollman family head, Stanley Tollman, are directors in the company. Investigations by The Botswana Gazette have revealed that Wine Investments is also registered in Bermuda and that Michael Tollman holds interests in five companies registered in the British Virgin Islands and 18 others in Guernsey; both tax havens which have been placed on the European Union (EU) blacklist.
When contacted for comment, Michael Tollman told The Botswana Gazette that these islands comply with international tax requirements and there was nothing wrong with registering companies there. Quizzed if he was aware of the reputation concerns relating to the use of tax havens by large corporations, he responded:
“Why don’t you contact the British Virgin Islands, I understand they comply with all the laws concerned, I also cannot answer you further,” he stated before hanging up.
The elder Tollman, Stanley, was in 2008, involved in tax evasion and fraud cases amounting to hundreds of millions of dollars. New York Times reporter, Martin Espinoza reported that Tollman, 78, pleaded guilty to one count of tax evasion, paying more than $60 million in back taxes, interest and fraud penalties. Further, he agreed to pay $44.7 million to settle a civil forfeiture suit related to allegations in a 2002 indictment charging him and six others with various fraud offences. Tollman had fled the US just before the indictments and settled in the UK in 2002.
“The United States attorney’s office says that during the late 1980s and early 1990s, Mr.Tollman and his wife, Beatrice Nina Tollman, opened a series of bank accounts on the island of Guernsey, in the English Channel.

When this reporter broke the story at Mmegi, Michael Tollman responded that he was aware of the tax evasion and bank fraud issue but said that the issue had nothing to do with Wilderness since it was resolved a long time back. “I am aware of the issue but they resolved it, it is history and it is done with. It has nothing to do with Wilderness,” he had said at the time.

But in April this year, the British Conservative Party returned a donation of £50,000 from Beatrice Tollman who the American authorities had previously sought to extradite from the UK to face tax fraud charges.

A judge dismissed the charges against her on the same day in 2008 that her husband Stanley Tollman pleaded guilty to tax evasion.
Tollman repaid more than 100 million US dollars to America tax authorities after the couple spent five years fighting off attempts to extradite Mrs.Tollman from the UK.

African Union
In May 2015 former President, Thabo Mbeki told the Pan African Parliament that illegal financial flows have cost the continent $1 trillion over the past 50 years.

Mbeki, the chairperson of the African Union’s (AU) panel on illicit financial flows said that multinational corporations are the prime suspects and illegal drug trafficking accounts for about 30 percent of the money.

“The figure of US$50 billion is an underestimate, as it excludes such elements as trading services and intangibles, process of bribery, and trafficking drugs, people and firearms,” stated Mbeki

He said the failure of African states to prevent the outflow of capital and tax evasion has had a serious impact on Africa’s growth.
The Washington based Global Financial Integrity has also stated that Botswana had lost P80 billion to tax avoidance between 2002 and 2012 and this is made worse by the fact that Botswana has long abolished exchange controls. 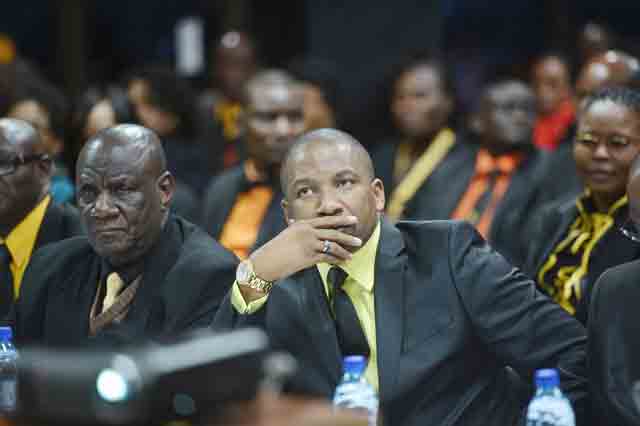