Odds are stacked against the Coca Cola Company Botswana as the hostile $107 billion takeover of SABMiller Brewers by the Belgian brewer Anheuser-Busch InBev (AB InBev) threatens future operations and the market share of the non-alcoholic beverages company in the country since it could opt out or be pushed due to fierce competition. Whatever happens, to Coca Cola the stakes still remain high, LAWRENCE SERETSE analyses.

Coca Cola does not have independent logistics and distribution infrastructure in Botswana, it depends on Kgalagadi Breweries Limited (KBL) for these services, including bottling. This has contributed to the company taking a hit in recent years as it saw sharper declines in the market compared to its competitors in the KBL beverages basket. On top of this, the company is having sleepless nights by vigorous new entrants in the market, with the likes of Khwencha, Woolworths brands, Pick n Pay and Spar brands, Twizza, Choppies water and Chill soft drinks who are not only competing for market space but are owned by the same retail outlets that Coca Cola has been enjoying a monopoly of for decades.

Despite the dire performance of markets globally, Ab-Inbev presents to Coca Cola a new predicament. The Belgian giant Ab-Inbev is the producer of Coca Cola’s biggest global rivalling brand- Pepsi Cola and has just assumed control of Sechaba Brewery Holdings Limited, the company that bottles and distributes Coca Cola.

When the Belgian brewers swallowed SabMiller Breweries in 2016 they gained direct control of Sechaba which is an investment company with interests in KBL and Botswana Breweries Limited (BBL). Through KBL, the company markets and distribute a broad mix of beverage products including clear beer alcoholic beverages, wines, spirits and carbonated soft drinks –this includes Coca Cola products, whereas BBL is responsible for producing traditional home grown beer-Chibuku and Mageu.

Insiders say it is not yet clear if Ab-Inbev will agree on a deal to have KBL bottle, market and distribute Coca Cola while its own brand product Pespi is competing in the same market. The dilemma for Coca Cola is that it may have to part with millions of pula to set up its own bottling industry and distribution outlets so as to remain competitive. However for the very same reasoning from 1977 when Coke preferred partnerships when they came to Botswana, the market here is small considerably compared to South Africa, Namibia, Zimbabwe and Mozambique.

As of recent, investors have been uncertain about investing in Botswana following the devastating closure of mining companies, manufacturing industries and the extensively regulated entertainment hours and lack of salary increases leading to loss of disposable income. The company is also reported to be feeling the pinch since the importation of cans for beverages has not been cost efficient ever since KBL cut down production and increased its bottling capacity. The cost-effective strategy is reported to be the use of 440ml cans which might be increased to 480ml soon while bottled liquor go to 750ml in order for the company to sell more volumes at less packaging costs while it is also recycling.  Sechaba’s highest performing beverage is the Black Label 750ml “quart”.

However, insiders have told this publication that KBL management seemed generally unconcerned about weekly sales reports from the Coca Cola marketing team and that they seem more interested in alcohol sales. “It seems like they no longer care about what is happening at Coca Cola and its products but more concerned about their own,” one stated.

Sechaba says in its financial statement that it lost the Coca Cola bottling plant after the latter agreed to buy a 54.5% stake in Coca-Cola Beverages Africa (CCBA), its (Coca Cola) largest African bottling business- from Ab-Inbev for $3.15 billion.

It says the bottling business contributed around 30% towards its income and the new shareholder, AB InBev will likely introduce its own Pepsi bottling plant which is popular in South America but is virtually unknown in Africa and Botswana by extension.

He said that Coca Cola’s long term grand plan is to acquire controlling ownership of its brand product from Ab-Inbev with all of its partners.

“For us, it is business as usual until the transition which is subject to the relevant regulatory approvals is concluded. We expect these to be concluded by end of 2017,” Mokoro said in response even though he declined to reveal the financial performance of individual brands.

The government of Botswana through BDC holds interests in Sechaba Holdings which owns 60% stake in KBL while Ab-Inbev (which took over SabMiller) owns 40% in KBL and 17% in Sechaba.

These two breweries, KBL and BBL, owned by Sechaba enjoy a near monopoly in their respective markets by virtue of being the only breweries in the country. Sechaba has been a solid business, enjoying the majority market share of over 90% status for the past 40 years in the Botswana market. It is the largest brewery and distributor of both alcoholic and non-alcoholic beverages.

This has propelled the company to deliver strong earnings over a long period due to its position and products but in its January 2017 financial statement, Sechaba pointed out that the 41% losses were a result of the 55% alcohol levy which they paid P24.8 million. 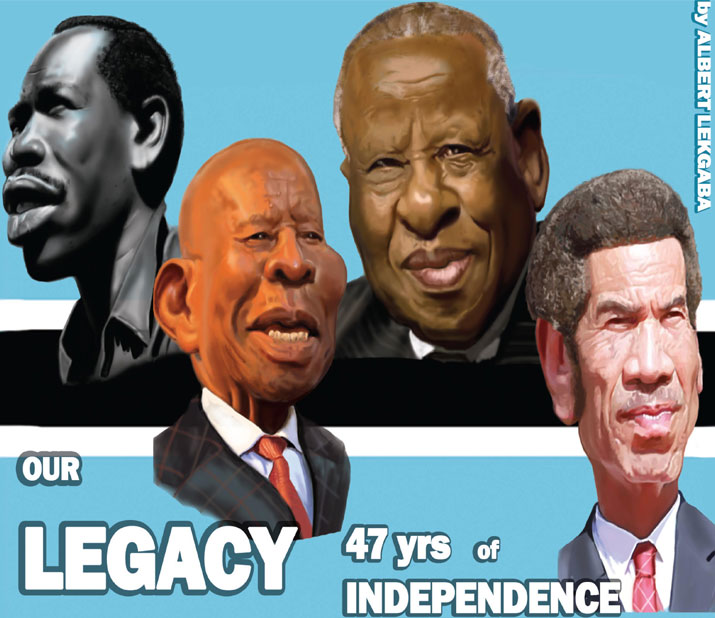