The Public Accounts Committee (PAC) chaired by Lobatse legislator Nehemiah Modubule on Monday dismissed a report submitted by Ministry of Education and Skills Development (MoESD) Permanent Secretary   Richard Matlhare, saying it was poorly done with a lot of gaps and unaccounted for actions. Various committee members identified gaps in unbalanced financial statements, no reasons advanced for some actions and generally poor accountability.

Dismissing the report shortly after committee members had commented on the executive summary, Modubule said it was very painful going through the report as it was difficult to make sense of it. “This is the worst report I have ever come across as a member of parliament and chairman of this committee; the Education ministry has over the years brought bad reports and they are not getting any better, we can’t work with this, you will have to go back, re- do it and return with a properly done report,” he said.

Modubule questioned whether Matlhare really owned the report as he knew him to be capable of better delivery.  He said the report lacked vital information like proof of recovery, proof of refunds where applicable. Modubule also decried that there were a lot of hanging statements which left the committee wondering further and  poor referencing as some documents were not attached.

MoESD was unable  to account for 1.9 billion Pula used for tertiary education sponsorship. Upon being questioned by Tati East Member of Parliament Samson  Guma Moyo on the same, the panel was unable to say how much of the money was spent and how much returned. The ministry was also unable to provide answers on the progress of their sponsorship recovery drive .

“You are not serious, it should be made clear what efforts are being made to trace defaulters,”  said  Kanye North Member of Parliament, Kentse Rammidi, who also slammed the Ministry for failing to improve their  report even though they always bring the largest group with the accounting officer. “What are those people behind you doing? The ministry always brings the most people while other ministries will bring only three people yet they fail to help come up with a report that will be acceptable to the PAC,” he said.

Lerala-Maunatlala Member of Parliament, Prince Maele after reading out a number of hanging statements also  slammed  the Ministry for poor record keeping. “I am worried about this ministry, for the past four years now they always tell us about missing records, they then promise to improve but nothing has changed, for how long will this go on?” he quizzed.

The committee called on Matlhare to take action against all those found to be responsible for the files said to be missing saying there could be some criminal wrong doing where individuals received bribes to make documents disappear. They advised that if the trend of submitting poorly prepared reports which do not show details of what is wrong and who  is accountable, parliament will act on their powers and take action against those who should account to it.

For his part, Matlhare who joined the education ministry last month said they were able to identify some gaps before submitting the report but could not deal with them on time  promising  to work on the report and submit  when called upon to. 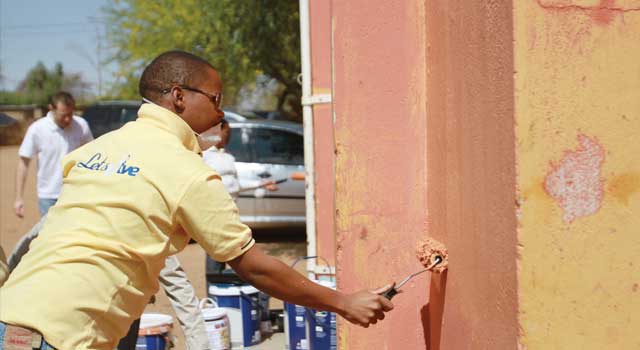