For the third consecutive year, Water Utilities Corporation has recorded operating losses which it attributed to higher rate of increasing costs relative to revenue.
According to the latest 2013 annual report, WUC made revenue of P790.8million from P579.7million in 2012, attributable to the revised tariffs that were implemented in May 2012 with an increased number of connections as an effect of the takeover of villages. However, the Corporation recorded operating expenses of P1.2 billion compared to P1.1billion in 2012.

WUC Board Chairperson, Nozipho Mabe indicated that WUC remains cognizant of the fact that it will take a lot of time and effort to rehabilitate water distribution networks and find alternative water supply sources before the water supply situation in the country  can stabilize and in turn achieve customer satisfaction.

“The real task lying ahead is improving water service delivery through ensuring that potable water keeps flowing to the customer and wastewater away from them. The effects of the WSRP will therefore dominate the operations of the corporation into the foreseeable future and its negative effects will remain with the Corporation for some time before the organisation can regain its past reputation of being efficient and effective. This will also apply to the corporation’s financial situation which has continued to decline since the beginning of the WSRP.

Mabe said the corporation continues to seek funding from various financial institutions to finance its various projects and ensure accessibility of water by all.
She said targeted policies and relevant strategic direction put in place in the previous reporting period to ensure this are expected to start bearing fruit when the new rationalized tariffs which were approved and will bear fruit in the next reporting period. For his part, Chief Executive Officer Godfrey Mudanga indicated that, as a result of the WSRP the Corporation’s establishment increased from 2 839 in 2012 to 3740 in 2013, this increased the corporations bill.

Also the continued lack of a wastewater tariff also contributed to the loss as the corporation had to finance wastewater management.
He add that highly subsidized water connection fees which were effected during the year also affected the corporations’ bottom-line as it made losses from connections, especially in the villages. “The actual cost of 50meter connection can be more than P3000 depending on the type of material and labour required. Standardizing the fee to P1500 was a deliberate way to subsidize water connection and render the service accessible to all.” He said.

In the report, water and wastewater treatment and distribution expenses constitute 40 percent of the total costs while administration and other operating costs constitute 44 percent of these costs. The Corporations’ net results for the year was a net loss of P191.1 million compared to P541.6million in the prior year, thus mainly attributable to the significant increase realised in revenue for the year and a revenue grant of P200million received from the government.

BancABC debuts on the BSEL 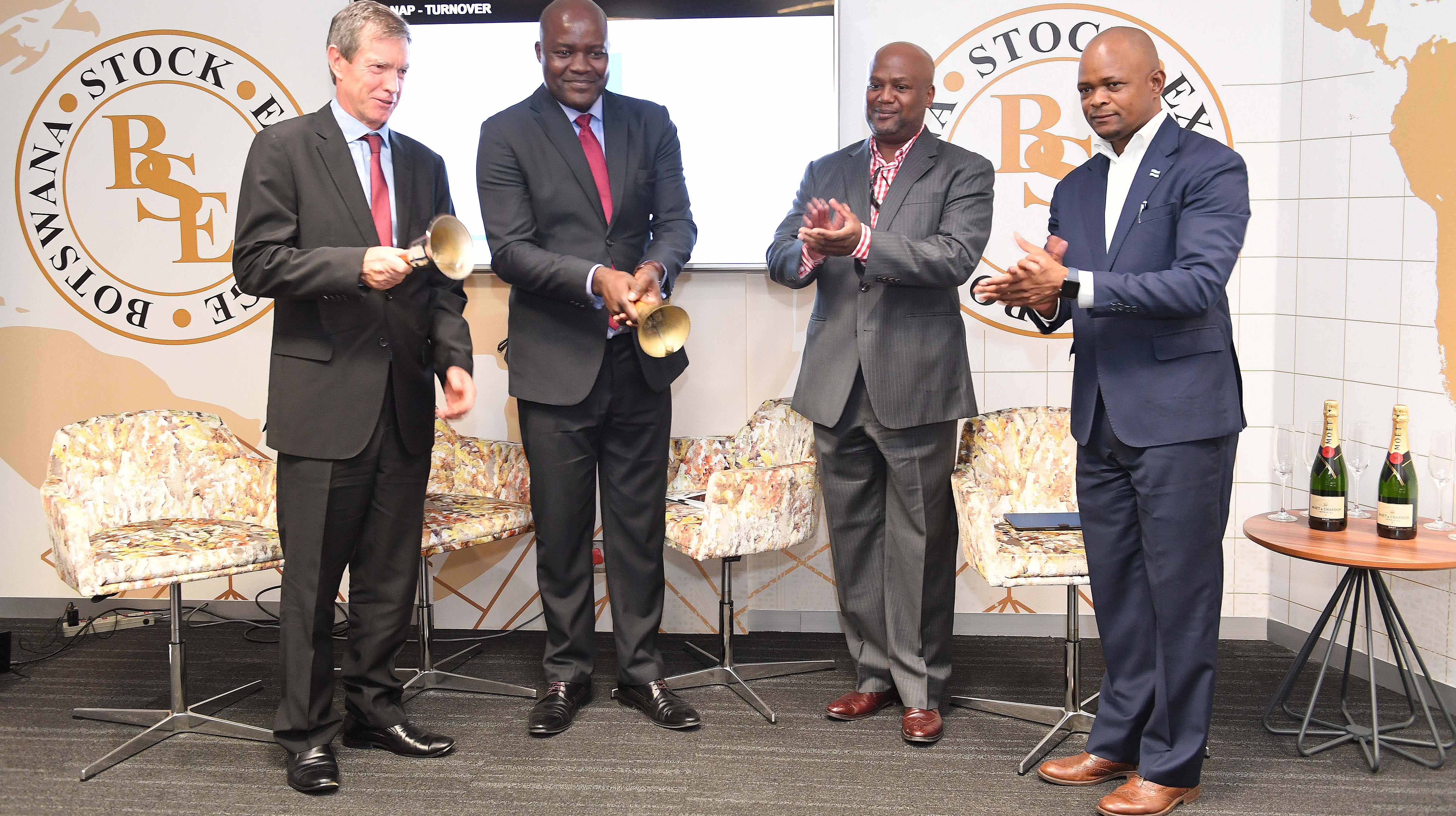