If word and statistics on the street is anything to go by, next year’s general elections will probably record the highest number of young people contesting both council and parliamentary seats. By young I do not mean in contrast to long time serving veterans such uncle DK (Daniel Kwelagobe) and uncle PHK ( Dr Ponatshego Kedikilwe) as it is habitually done. In this article“young” refers to persons under the age of 35 as defined in our National Youth Policy and the African Youth Charter.

This reality and hypothesis is attributed to a number of facts such as: The arrival of the new kid on the block, Botswana Movement for Democracy (BMD) which appears to uncompromisingly embrace and endorse young carders to contest national elections .Though it is not yet clear by what methodology,  I have faith on the recently adopted Botswana Congress Party (BCP)affirmative action policy.By and large young people have been at the receiving end of static, low economic development and youth irrelevant legislation for a long time; they understand the need to amplify their voice in the decision making process. Even though some movements are yet to go for Primary Elections, it has been whispered that a significant number of young cadres have declared interest and my desire is that they emerge victorious.

Public Perception; traditionally young people are not expected to lead they are expected to follow; unfortunately this perception still stands in the minds and hearts of many especially the “old-school” and rural dwellers. Compared to elderly candidates, young candidates have an extra duty to nullify this misconception especially in rural constituencies and wards. Overlooking the needs of the elderly and disabled; majority of young candidate’s campaigns and concerns are centered mainly on youth relevant and sensitive matters (perhaps because these are matters close to their hearts). However, this situation results in lack of relevance/appeal to the elderly and disabled segment of the voters; in the end sinking the probability of young candidates emerging victorious.

Over reliance on the “Youth Vote”, as captured previously, traditionally majority of young candidates’ campaigns rely intensely on the youth vote. In figures youth outweigh other cohorts of society; however analysis/research has confirmed that young people generally do not turn up for voting in large numbers.

Relative to elderly candidates, young candidates have inherent advantages they can use to advance their prospects of victory. These include their youthful and energetic attributes. Young contenders need to capitalize on this advantage by ensuring that they cover more ‘ground’ compared to their contender on any given day. Young people also hold among others unique skills and abilities to embrace and use modern day technology, which their elderly counterparts cannot use/embrace. It is important that in the run-up to 2014 young contenders capitalize on technology to keep ahead of the elderly. The use of technology will save among others costs and energy. Technology can also be used for effective campaign fund raising strategies. Visibility, accessibility and relevance to the society; comparatively young people spend more time in the society/community, witnessing and experiencing firsthand the tribulations and aspirations of the constituents. Therefore, the youth are  better placed to articulate their perspective and influencing relevant policy formulation.These are not the only but some of the key inherent qualities that young candidates ought to manipulate in the run-up to 2014. The good thing is that these have been tried, tested and confirmed in pursuit of amplified “Youth Voice” in the Local and National legislative discourse, with intent of influencing formulation of sustainable pro-youth legislation. I support and further plead support for all young candidates gearing up to contest the looming 2014 National Elections.
Gobe Taziba
Youth Advocate 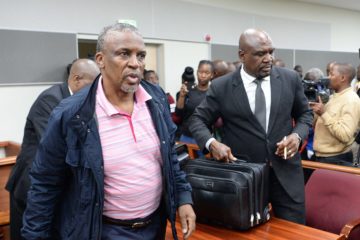