In yet another case of the judiciary being undermined by the executive, a Zambian national who has been staying in the country for 22 years has been unlawfully deported several times despite court orders having been issued to allow him to stay in the country.

This happened in the backdrop of recent deportations by President Ian Khama of two Ugandan refugees, defying a court order which stated that they should not be deported until their matter is finalized. The two Ugandans, Musa Isabirye and Timothy Yamin, had dragged government to court complaining about consistent harassment. The pair was secretly deported last week Monday at midnight. Their legal battle has been going on for over two years and it was birthed by the refugees’ complaints about the prison like state of the Dukwi Refugee Camp.

Now it has emerged through court documents that a diplomatic spat is brewing between Zambia and Botswana over the handling of Zambian national, David Bulaya, a businessman and Christian missionary, by the law enforcement and immigration organs of the Botswana Government.

“I am a victim of harassment by DISS [Directorate of Intelligence and Security Services], two unlawful deportations by Immigration officials, arrest and detention by Immigration and Attorney General in particular despite both matters being under litigation. [There were] court orders not to expel me from Botswana and also interventions from the Zambian High Commissioner through the Ministry of Home Affairs, Foreign Affairs, and Botswana-Zambia Permanent Commissions,” documents passed to The Botswana Gazette revealed.

On 4th of April, 2014, Gaborone attorney, Dumezweni Mthimkulu, acting on behalf of David Bulaya, served the Attorney General (AG) with papers to the effect that his client is facing a threat to kill charge and should therefore be given days to reside in Botswana, to comply with the bail conditions that he should be within the borders of Botswana, but the Immigration Office refused to extend his days. Effectively, the client (Bulaya) was staying illegally in the country.

The communication sought to order a response from AGs to instruct Immigration to give days, failing which, by 15 April at 1630 hours, they would take the matter to the courts “on urgency for redress”.

Earlier in March, the Director of Public Prosecutions (DPP) wrote a savingram to Immigration for extension of days of residence in the country to allow Bulaya to attend his court cases. The request was ignored by the Immigration Department until he was on 3rd October, 2014, deported by an official (name withheld) of the Immigration Department. However, the Zambian authorities at Kazungula refused to accept Bulaya as there was no accompanying documentation to sanction his deportation and he was returned to Gaborone to report to the DPP Director without change of status.

After the protracted tussle with Immigration, Bulaya took the matter to Broadhurst Magistrates Court before Taboka Slave, but the matter was upgraded to the High Court because of constitutional matters arising.

But on the 27th of August, 2015, Bulaya was arrested while coming from the Initial Case Management meeting with both AGs and Immigrations. He was then taken to Woodhall Police Station with articulated instructions for him not to be seen by anybody, even legal representation. Subsequently, Bulaya was committed to Molepolole Centre for Illegal Immigrants the following day, and incarcerated for 45 days.

On the 9th of October he was taken to the Broadhurst Police station and deported to Zambia the following day, despite court orders, and interventions from the Zambian High Commission.

On the 12th of September this year, Bulaya wrote a letter to Molepolole Prison, copied to the Zambian High Commission, addressing his illegal detention under deplorable conditions, despite a court order that allowed him to stay in the country pending the conclusion of his court matter.  The letter, which The Botswana Gazette is in the possession of, articulates how the detention was, “unlawful, unconstitutional and in contempt of court as the same matter of detainees’ stay in the country is under litigation before Justice Letsididi at the High Court in Lobatse and subsequent court orders have been issued not to expel the detainee out of the Republic of Botswana or out of the Court jurisdiction.”

On the 23rd of July, Bulaya lodged a complaint against DISS to High Court, which was copied to Chairperson, Intelligence Tribunal and Minister of Presidential Affairs and Public Administration. In an account of events written by Bulaya, who is representing himself legally after his legal insurance expired, he tells of how DISS operatives, who had at some point took his wife for interrogation, trailed his vehicle around Gaborone back in 2013.
In an effort to give the authorities the right of reply to the allegations, The Botswana Gazette talked to the Botswana Government spokesperson Dr Jeff Ramsay, who referred this publication to Minister of Defence and Justice, Shaw Kgathi who did not pick phone calls made to him after initially promising to give comment.
The Zambian mission also declined to give response to enquiries by this publication. 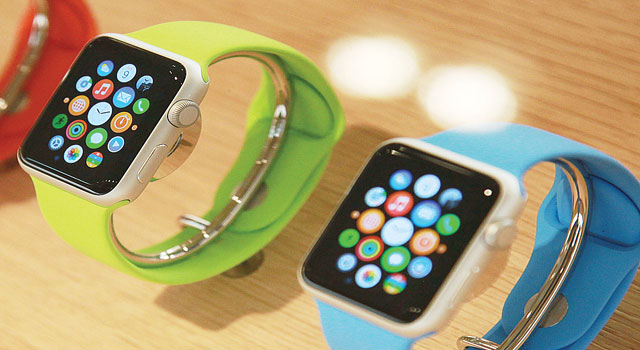