The exportation of cattle to Zimbabwe, which has been until recently, progressing well, has of late stalled as authorities in the neighbouring country have said that they are still reviewing their live cattle importation policy.
Updating Gazette Business on the matter and the outstanding balances that Zimbabwe owes for the cattle that has been delivered, the Botswana Meat Commission Chief Executive Officer, Dr Akolang Tombale said the credit has not been fulfilled yet. “They are being pursued by the government through the Ministry of Agriculture, not us as BMC. As for the resumption of live cattle exportation, we have not started yet but they had promised that they would have acquired the permit by last week. We are still waiting to hear from them,” said Dr Tombale before referring this publication to the Ministry.
Permanent Secretary in the Ministry, Dr Marcus Chimbombi said Zimbabwe has promised to pay. “They have not given the reason they are failing to pay, but we are continuing with follow ups. However, it is worth noting that from the two batches that have already been delivered, they have paid a lot of money which is well over P10 million. The balance owed to us to date is P1 million,” he said.
Meanwhile, in an update from the BMC communiqué on the just ended Letsema workshop which was held in Otse, export of live cattle from the Green EU Zones was permitted from the 5th August to 31st December 2013, after which the dispensation was discontinued.
“Unfortunately no cattle were exported under this dispensation. It had been hoped that cattle would be exported to South Africa and Namibia. While Namibia has indicated that they were experiencing the same drought as Botswana, exports to South Africa were hindered by the country’s stringent importation requirements, which made it very costly to the beef producers in Botswana,” said BMC Communications Manager, Tiro Kganela in the statement.
Although the government of Botswana considers exportation of live cattle from the Chobe to external markets like Zimbabwe, Zambia and the Democratic Republic of Congo, BMC has indicated that the current cattle population in Chobe does not warrant any export of live cattle, it is not even enough to meet the local market.
“The local demand is supplemented from other areas, current Foot and Mouth Disease in Chobe makes it impossible to export live cattle and their products out of the region,” it stated.
BMC on Friday also announced that it has increased its field and slaughter prices and the new prices effected yesterday (Monday 10th). On direct slaughtering of cattle for other markets, BMC has indicated that it will now be assisting farmers with transportation logistics to get the cattle form their respective farms if the producer (farmer) pledges 50 cattle or more. Farmers were also encouraged to group themselves and then call BMC to buy the cattle at one central buying point that they would have agreed upon together with BMC.

Quality and standards of the education system under the UDC 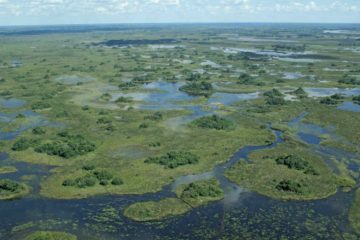