Uvalelo Holdings is set to host Ambitiouz records stable artists Emtee, Fifi Copper, A-Reece, Saudi, Sjava,  Dj Citylyts, Miss Pru, Bnchmarq alongside Idols SA judge Somizi Mhlongo for the upcoming 1st annual Major Lit Sessions at  Molapo Stanbic Bank Piazza on the 21st October.
The strictly hip hop event will also include local rappers and Djs, among them Dj Izzy, Scar, NT Base, Bk Proctor, Darkboy, Cyrus Da Virus, Nippy, Romeo Sunner, Tylen Blaid, Strictly House Bound, Stunna, Real Tonez, Randy Slic, Sean Ramzy, Staxxx and Dj Lunch Bar.
Widely regarded by many as South Africa’s biggest hip hop record label, Ambitiouz Entertainment crew artists have dominated music charts spearheaded by marquee acts in Fifi Copper and Roll Up hit maker Emtee. In July, the Ambitiouz entertainment had over six records charting within the Top 20 of South African Top 100 music charts. The record label’s artists have been riding on a crest of success, recently scooping individual records as well as breaking booking and download records in their country.
Addressing the media in Gaborone, Mthembeni ‘Emtee’ Ndevu said he is always excited about performing in Botswana. “I have been in Botswana once or twice in the last couple of months, so to come back with all the artists from Ambitiouz Entertainment makes it special for me. What is also exciting about this particular event it is strictly hip hop so I am looking forward to dishing out a special performance,” he said.
Despite getting a lot of stick from locals for inviting Somizi as an MC at the expense of vast options of locals, event organizer Bruce Nkgakile explained the decision was business oriented.“Somizi is a hot topic on social media, so at the end of the day we are going to have to pay artists and the venue, so bringing an MC of the caliber of Somizi is going to bring a lot of postives,” Nkgakile argued. He however said a local MC would be added.
He further revealed that unlike other local events, spectators are going to get a worth of their penny with top security officials and sound equipment. “We have limited tickets (100) for the VIP experience, which is going to be mind blowing; it is going to be an experience never experienced locally. We are also going to assemble top security officials at the event so rest assured people are going to be protected,” he said.

No rest for Rollers’ Zebras players 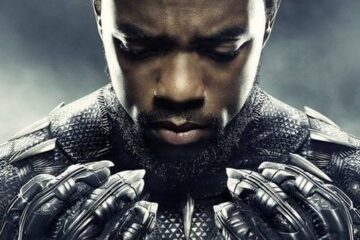