A United Kingdom to be showcased nationwide

The highly-anticipated movie, A United Kingdom, which will premier this Friday at cinemas will be showcased nationwide next year.
A United Kingdom is a feature film based on the love story of how former President Sir Seretse Khama and Lady Ruth Khama met in 1948 and the challenges they faced due to the interracial relationship which was not approved by either of their families, nor by the British and South African governments.
Despite the movie premiering in Gaborone this Friday, it will be showcased nationwide through the use of mobile cinemas.
“The plan is that next year we would like to take the movie to the nation through the New Capitol cinemas mobile cinema. We want every child, every Motswana to watch this film. With the mobile cinema we want to reach as many villages as possible,” said Arthur January, the Botswana fixer of the movie.
He noted that the idea is to make the mobile cinemas open for everyone within the respective places where it will be showcased, “Because school starts in January we will wait for students to be on holiday, it will be unfair to take it out when students are not on holiday, we will give them the opportunity to also watch the movie”.
The mobile cinemas comprise of a huge projector and speakers, it is normally erected in an open space area. January vividly noted that the mobile cinema process is costly and they have been in talks with Ministry of Youth, Sport and Culture to assist with taking the movie to the nation through mobile cinema.
With the movie hitting only three cinemas in the country this Friday, movie tickets will be offered at half price from Mondays to Thursdays.
A United Kingdom was dominated by international actors such as David Oyelowo who played Sir Seretse Khama and Vusi Kunene who played the Tshekedi Khama role, while locals such as Donald Molosi and Kabo Kekgathetse played small roles in the movie as extras.
“Locals that were part of the production have gained experience and inspiration since this was a huge international production. There are talks of a new feature film that will be shot in Botswana. It’s still in early stages, you never know we might have locals starring on it,” said January.
Last week a number of local journalists were given the opportunity to watch the movie before the premier date.

A United Kingdom to be showcased nationwide

Covid 19 Fears – A Nation’s Economy And Emotions, All In Ruins 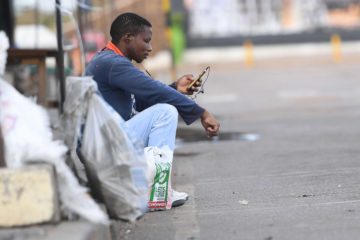