A technology company specializing in radio, television content monitoring and measurement, AFSTEREO Botswana, has released a compilation album which features the most played songs on local radio stations.
The compilation album dubbed Hunter’s AirPlay Hits Volume 1 is a collection of 10 songs that were selected from AFSTEREO’s AirPlay Music Chart for the entire 2016. The chart shows that Amantle Brown’s Black Mampatile was play-listed 698 times in all radio stations last year, making it the most played song.
While urban music dominated the compilation CD, the list does not have contemporary or peri-urban music other musicians in high demand.
The full list is as follows Black Mampatile by Amantle Brown; Changes by Team Distant featuring Han-C; Sedi Laaka by Chrispin The Drummer and Team Distant Featuring Han-C, Our Golden Year by DJ Izzy featuring Amantle Brown, BanT, DramaBoi, Sasa Klaas and Han-C, Moengele by DJ NT Base, Ditlo Boa by Samba T and Q.bio, Naomi by Ban T, Love’s Light by Mpho Sebina, Motho O Blaa Motho by Juju Boy and Heartbeat by German Dollar Featuring. Sasa Klaas.
AFSTEREO Botswana Managing Director, David Moepeng, was quick to note that the list was in no particular order as musicians like Vee and Drama Boi did not get agree to have their songs in the album. This left the list down to the top 10 most played songs.
The company bought rights to the music of artists featured on the compilation album.
“The Hunter’s AirPlay Hits CD compilation is another initiative by the company, in partnership with Hunter’s, to use its music insights to promote local music. He says they plan to release a compilation CD every year with Volume 2 scheduled for release at the end of this year,” said Moepeng.
He noted that interest in local music was growing, with radio stations driving the trend. According to AFSTEREO Botswana, music airplay in radios in 2016 was made up of 48% Botswana songs. “48% basically means that there is almost an equal number of songs radio stations played between local and foreign music,” qualified Moepeng who projected that local music airplay will surpass 50% in 2017 due to its growing reception as demonstrated by AFSTEREO music insight.
The compilation CD is available at all Urban Soul Stores in Gaborone and Francistown and Street Horn Music Café at Molapo Crossing Shopping Mall. The CD is not yet available on the digital platform. 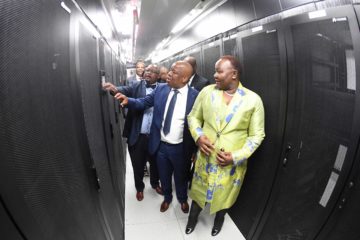