As an Obama Leader for Africa 2019 and winner of the Queen’s Young Leaders Award 2016, Moitshepi Matsheng has the bona fides to make a difference for young Batswana through her chairpersonship of the Botswana National Youth Council

Moitshepi Matsheng’s elevation to the top post at the Botswana National Youth Council (BNYC) as the first woman board chair is a cause for celebration. Never has the organisation had a woman presiding over the running of its affairs until Matsheng’s landmark appointment last week that will be ingrained in the history of Botswana’s gender parity issues.

The word “remarkable” is applicable because her elevation comes after continuous attempts to improve women’s lamentably slow climb up the corporate ladder. More women than men drop out or move sideways, leaving the field clear for male executives to grab the next available senior role.

In an exclusive interview with this publication, 26 year old Matsheng said she was honoured to be the first woman chairperson of BNYC. This position, she says, requires one to be an active listener and a transformative and ethical leader. “I consider myself lucky because I am benefiting from the struggles of activists who have battled for women’s rights and access to such spaces, hence I do not take this for granted,” the Borobadilepe native told The Botswana Gazette.

“I know that I am placed in this position to accelerate youth engagement, which is what I have been doing for the past five years representing the youth voice at the national level. This is not an easy task but an opportunity I have taken with both hands to create influence and change in the engagement and advocacy of youth in Botswana.”

As chairperson, Matsheng’s goal is to accelerate the activities of BNYC with increased engagement of young people, coordinate development of young minds and create opportunities for them. It is a goal that fits in with the vision of BNYC of working in collaboration with various government ministries and departments.

Matsheng says she wants the youth of Botswana to know that they have a voice in the BNYC and that the voice will be heard by decision makers who influence legislation and policy. This should not be difficult, she notes, because the board elected this year has “truly exceptional people” from diverse backgrounds and fields.

Yet she is aware that she still has the gauntlet of prejudice to contend with. “Unfortunately, it is still our reality as women to be the workers and not the leaders,” she says. “Unfortunately, we are still hindered by lingering stereotypes. What we as women in leadership positions can do is to advocate and encourage other women to take up these leadership roles and shine a light on the prejudiced in order to pave the path for one another. In this patriarchal world, we can succeed by speaking up with confidence.”

Regarding opportunities, Matsheng believes they do not just happen but ought to be created through hard work. During her Bachelor of Laws studies at the University of Botswana, she was vice president of the Young Women’s Leadership Project, which was started by Dr Sethunya Mosime and Dr Godisang Mookodi, whom she describes as fierce feminists and game-changers. She got to learn and see what it means for women to support one another, accepting one another’s flaws and encouraging one another.

Matsheng, says she was taught how to engage authentically and leverage for others from an early age. “Hard work, persistence and focus are the keys to success,” she asserts. “As a woman, if you desire to be a leader, it is important that you make your aspirations well known as a first step. It is also important to build self-confidence and set higher markers for what you want and can achieve. Ask for specific advice from your support system and other leaders to solve a problem. Importantly, be open-minded to ideas, people and meaningful conversations.”

Moitshepi is the co-founder of Young 1ove Organisation, a youth-led organisation whose mission is to connect young people to proven life saving information. The organisation has reached over 55,000 youths across Botswana delivering evidence-based curricula in health and education. She is an Obama Leader for Africa 2019 and the first Motswana to receive the Queen’s Young Leaders Award 2016 where she met Queen Elizabeth II.

Matsheng was mentored by the pioneer of Champions of an AIDS-Free Generation, former president Festus Mogae, to be a youth voice and was recognised as one of 50 Batswana Change-Makers Under 40 during Botswana’s 50th Anniversary of Independence. She is passionate about advancing youth rights, organisational development, management, HR and talent development.

The perfect brunch at The Fig Tree Restaurant 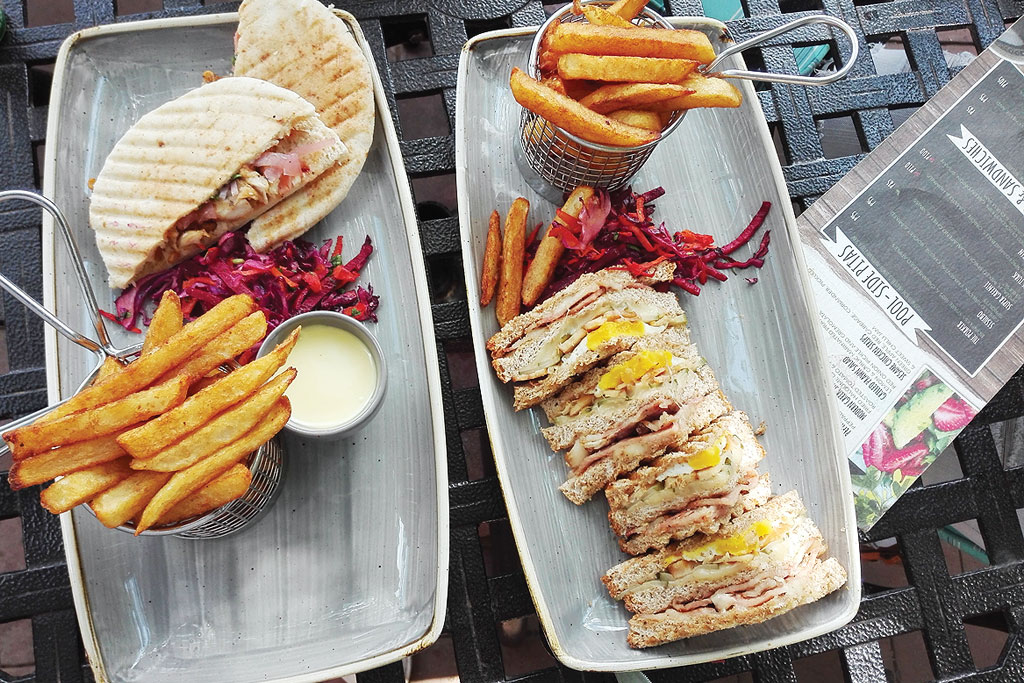