Baanthata Mokgwathi popularly known as Ban T in music circles is the latest addition to the local hip hop scene.
The Gaborone born and bred artist who is currently based in Johannesburg, South Africa is fast becoming known for his South African influenced style of both production and rapping. With the release of Why So Faded, 19 year old Ban T has certainly put out an album of undeniable quality, with the single Naomi one of his two currently enjoying massive airplay. The single has seen him featured in most gigs including the September billed Gaborone International Music and Culture Week.
“My music wakeup call was in 2010 when VS Oicheke called me on to the studio to record…I collaborated with Brando but the material never got released,” he said, adding that he has since taken the music profession seriously and is currently studying Sound Engineering and Music Production in Johannesburg.
As an artist, Ban T can be thought of as an amalgamation of AKA and Cassper Nyovest. He raps with a great flow, creates memorable melodies, and atmospheric instrumentals at a high level. He admits that his sound is highly inspired by rapper AKA, “My music is very vibey and during my performances I also perform unreleased material that will be added to my debut album that will be released next year, the love from revelers is always amazing,” he said.
Commenting on how he will make in the cut throat music business, the determined Ban T said he wanted to hold the torch for young rappers against older rappers, “The industry is dominated by older rappers and I want to prove that young rappers can also make it,” adding that his motto in life is “To never give up no matter how hard it gets.”
He also paid tribute to Botswana’s music industry saying it was shaping up well and getting where it is supposed to be. Ban T recently performed at the just ended Holi One Color Festival and Toropo Ya Muka in Francistown among other events and says his music was well received. 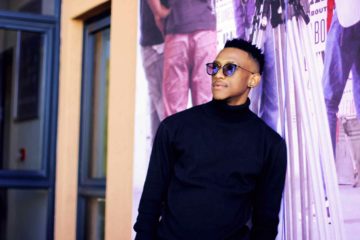