Yamas 2015 record label of the year Bang Gae artists Epic, Young black, Mafoko, Big Duce, Chrome, Miz-E Somz are set to perform  for the second time at Swaziland’s Hipnotik festival slated for the afternoon of 9th  July.
The annual hip hop music festival will feature mainly South Africa, artists who include  Aka,Da Les,Dj Yanga, Dj Sliqe,Size Killa, Emtee and Nasty C and  other acts from and Swaziland and Mozambique.
“We are delighted to receive yet another invitation to go and perform at Swaziland so all the guys are looking forward to be there… down the years the event line-up has evolved each year so we are happy to be called up again,” said Bang Gae Managing Director Tshepo Moanakwena.
Quizzed whether they would collaborate with one of the main acts Moanakwena said it was possible, though giving away little detail. “Look Bang Gae has been making strides in the entertainment industry so we are always open to international collaborations. We are obviously always mingling with a couple of international artists so you will never know something might happen,” he said.
There will also be a beat competition at the event where producers will be slugging it out. “Bang Gae are well known for making quality beats in our hit songs, so we will hopefully learn from other guys out there,” said the hopeful Moanakwena.

Botswana amongst most hard hit by food insecurity - report 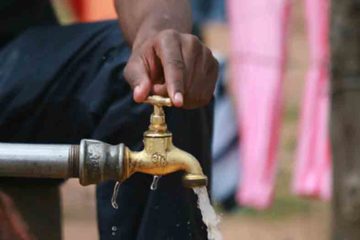